A reappraisal of the origin of Mars’ moons 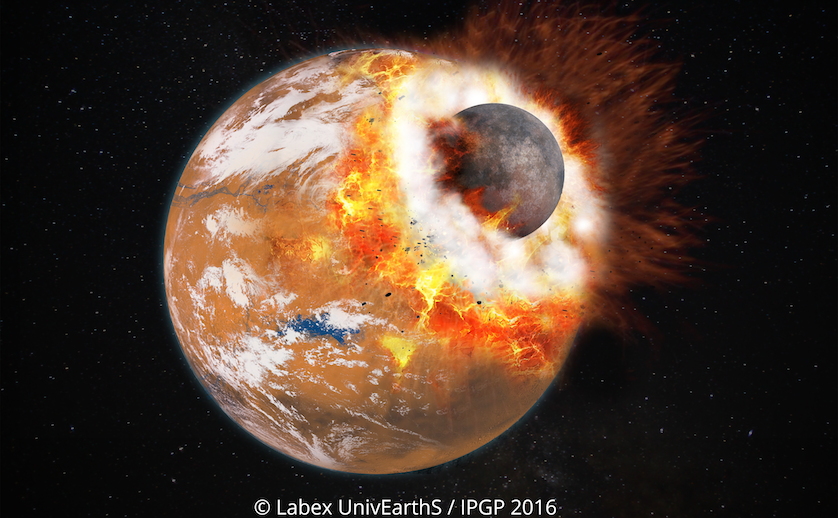 A reappraisal of the origin of Mars’ moons


The planet Mars has two small moons, Phobos and Deimos. They have long been thought to be asteroids captured by Mars. Yet the shape and orientation of their orbit seem to rule out this hypothesis.

A team of Belgian, French, and Japanese scientists, led by Dr Pascal Rosenblatt at the Royal Observatory of Belgium, suggests that Phobos and Deimos formed by accretion of debris following a giant collision between Mars and a primitive body three times as small. This collision may have erased the surface of the northern hemisphere of Mars, as well as imparted to Mars its rotation, giving to Mars day-and-night cycles as on Earth. The mechanism requires that Mars once had additional, now-lost moons, which have appropriately collected the debris to form Phobos and Deimos. The proposed scenario explains why Mars has two moons instead of one like Earth.

New insights can be expected in a close future. The Japanese space agency JAXA is planning a sample return mission to Phobos for 2022. The European and Russian space agencies ESA and Roscosmos are also planning a similar joint mission for 2024.

These results are published in Nature Geoscience. 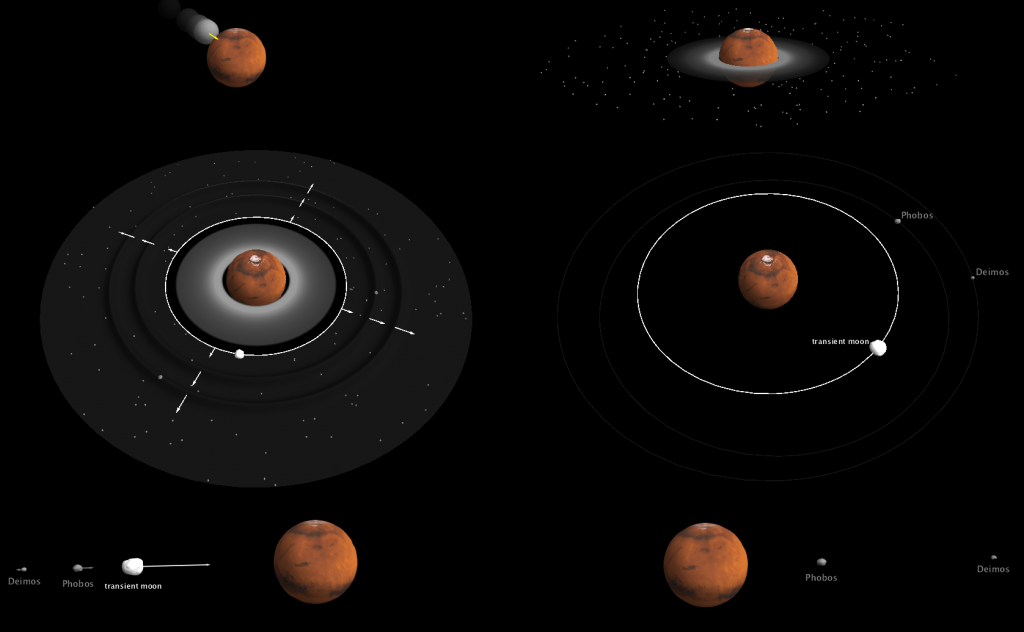