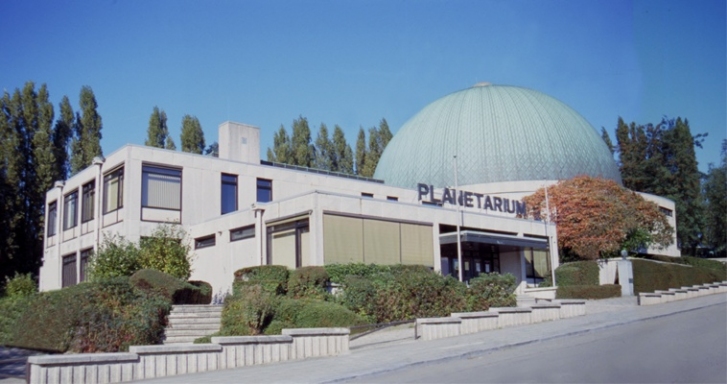 The Planetarium of the Royal Observatory of Belgium, located on the Heysel Plateau, close to Brupark & the Atomium, is a didactic tool for the general public, in particular for a younger audience. 45.000 visitros, including many school groups, come annually to the Planetarium.

As location for encounters and discoveries, The Planetarium hosts many events (Exhibits, conferences, astronomical events, Concerts, Meetings with astronauts, …) which highlight the activities of the Institues forming the Space Pole ( Obs, IRM, IAS) located in Uccle.

The Planetarium is one of the oldest ( inaugurated in 1935 for the Brussels International Exposition) and one of the largest ( 23m dome, 350 seats) planetariums of Europe, thus an integral part of Belgian Heritage.

The national scale of the Planetarium is well known abroad: it hosts the European Space Education Resources Office (ESERO), it is the press contact point for the European Southern Observatory (ESO), and also the coordinator of the Belgian activities for the International Astronomical Union (IAU) and it is involved in many other European educational projects.

With this potentiel in culture, heritage, education and tourism; the Planetarium has committed itself into a new dynamic: Greatly improved offers for schools, new shows, temporary and permanent exhibits, partnerships with the various other tourist attractions ( Mini-Europe, Atomium) as well as with the tourist information services. 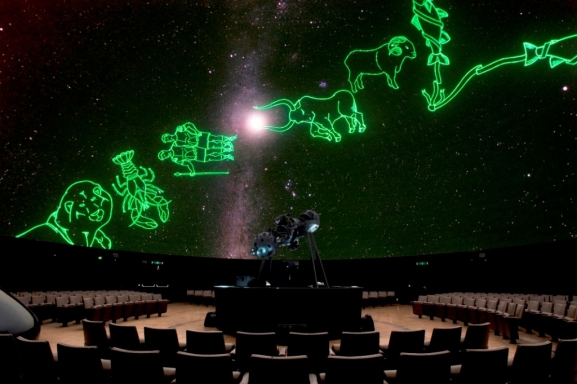 In October 2009, with strong support from the “Politique Scientifique”, the National Lottery and the Belgian National Bank, the Planetarium has been equipped with a digital projection system. The public now benefits from a totally reconfigured projection room, equipped with advanced technology composed of eight projectors covering completely the 23 meter dome.

The visitors are thus immersed into an impressive 840 square meter image, furthermore with it’s astronomical database of more than 100.000 stars it becomes possible to travel from Planet to Planet, even flying over the surface of easy one, or admire the Earth as seen from Space.