On the occasion of the Freddie Mercury’s 70th birthday, who is the deceased singer of the pop/rock group Queen, the asteroid 17473 (1991 FM3) receives the name Freddiemercury.

The discovery of this asteroid occured in 1991, the singer’s year of death, by the astronomer Henri Debehogne (1928-2007) from the Royal Observatory of Belgium when he was in LaSilla (Chili), with the GPO astrograph of the European Southern Observatory (ESO). The naming takes place on Brian May’s proposal. The latter is a member of the same band and a Ph.D. holder in astronomy, which has a special interest in asteroids. 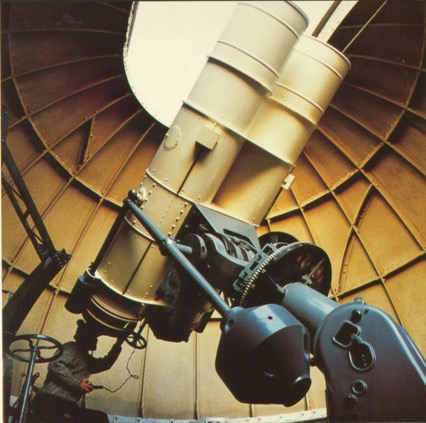 Photo: Henri Debehogne behind the double astrograph of the Royal Observatory of Belgium