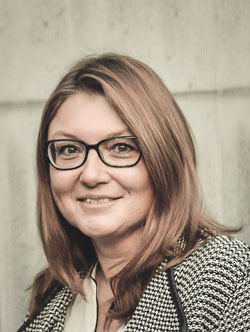 Dr. Carine Bruyninx, responsible for the GNSS (Global Navigation Satellite System) research group of the Royal Observatory of Belgium, has received on Dec. 16, 2014 in San Francisco, the Ivan I. Mueller Award of the Geodesy Section of the American Geophysical Union (AGU).

This high-level recognition has been awarded to Carine Bruyninx for her leadership in space geodesy and devotion to the scientific GNSS community and its related services, in particular for her role as Network Coordinator of the EUREF (European Reference Frame) Permanent GNSS Network (EPN) since 1996 and as head of the EPN Central Bureau now.

The EPN is the backbone of the European Terrestrial Reference Frame used for georeferencing in Europe.