Extreme hydrometeorological events, a challenge for gravimetric and seismology networks

Extreme hydrometeorological events, a challenge for gravimetric and seismology networks


Measuring gravity and seismic vibrations of the ground makes it possible to observe extreme events such as the catastrophic floods that hit East Belgium in July 2021. A team of researchers led by Michel Van Camp of the Royal Observatory of Belgium has demonstrated, with gravity and seismic data from the Membach station, the importance of these measurements for understanding these events.

Understanding global change requires opening up to all possible sources of information to obtain a complete picture of extreme events, and hopefully reduce the number of the victims.

To underline the importance of scientific observation systems for the study of these climatic phenomena, we showed that measurements from the Membach geophysical station, between the Eupen and Gileppe dams, provided a new insight into the catastrophic floods of July 2021. The station, which is located along the Vesdre river in eastern Belgium, is part of the seismic and gravity networks of the Royal Observatory of Belgium.

The seismic measurements in Membach showed sharp increases in seismic vibrations in the afternoon and evening of 14 July 2021. This phenomenon is related to variations in the flow of the Vesdre river, whose turbulent flows, carrying a lot of debris and breaking up infrastructure, caused vibrations that are recorded by the seismometers. One of the sudden increases in seismic noise, at 2.15 a.m. on 15 July, coincided with the report at 2.30 a.m. of a ‘tsunami’ in Bethane, 3 km downstream from the geophysical station.

A special feature of the Membach laboratory is a superconducting gravimeter (Figure 1), which measures the gravitational attraction of groundwater and thus provides information on its mass. The gravimeter indicated that the ground was already completely saturated with water on the afternoon of 14 July. So, with the arrival of new rainfall in the early evening, the ground could no longer absorb the new rainfall. This led to an accelerated increase in surface runoff, resulting in a devastating and deadly flash flood. Thus, in addition to highlighting the importance of continuous geophysical measurements for the study of meteorological events, this study demonstrates how gravity and seismic measurement systems can contribute to the understanding of extreme events. 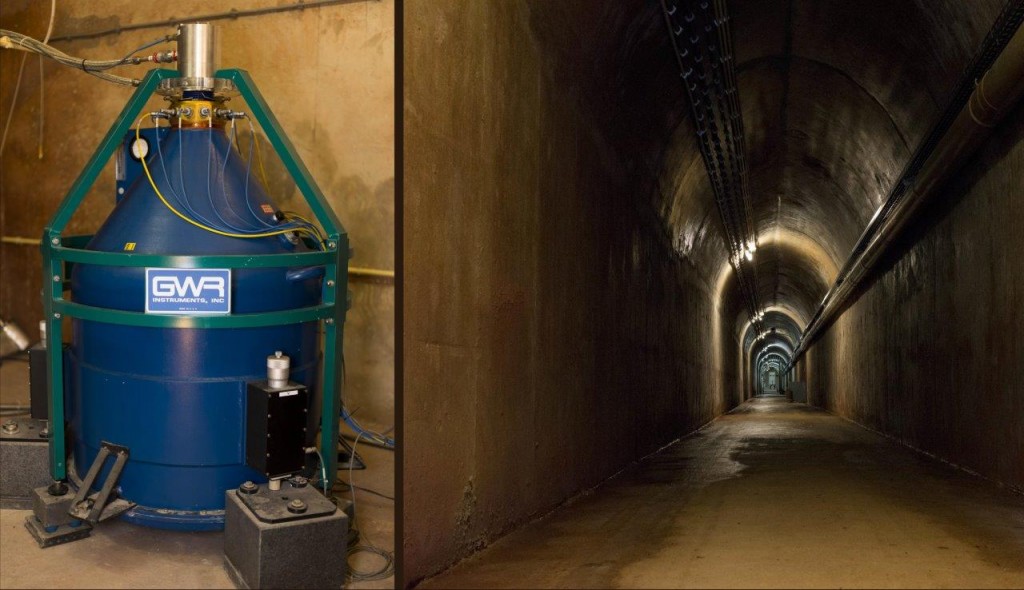 Figure 1. The Membach superconducting gravimeter is located at the end of a 140 m long tunnel. The gravimeter contains a 4-gram sphere levitated in a magnetic field. The sensor’s superconductivity is ensured by liquid helium at a temperature of around -269 °C. Photos: E. Coveliers.