The ESA satellite Gaia released its first results based on observations collected by the satellite between 25 July 2014 and 16 September 2015. Gaia measures the positions, distances, space motions and many physical characteristics of more than one billion objects in our Galaxy and beyond. In this release, positions on the sky (α, δ) and magnitudes for more than 1 billion sources are listed. A five parameter solution (positions, parallaxes and proper motions) is given for about 2 million stars in common between the Tycho-2 catalogue (based on the data from the Hipparcos satellite) and Gaia. Light curves of more than 3000 variable stars of type RR Lyrae and Cepheid, the most important distant markers of the universe, are presented as well.

Several astronomers of the ROB are directly involved in the analysis of the data of this satellite. Dr. Jan Cuypers, collaborated on the characterisation of the variable star data for this release. 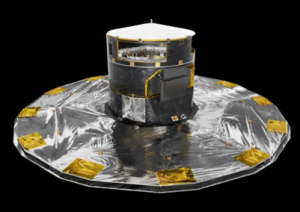 Gaia at the Observatory:
http://aa.oma.be/gaia/index.html