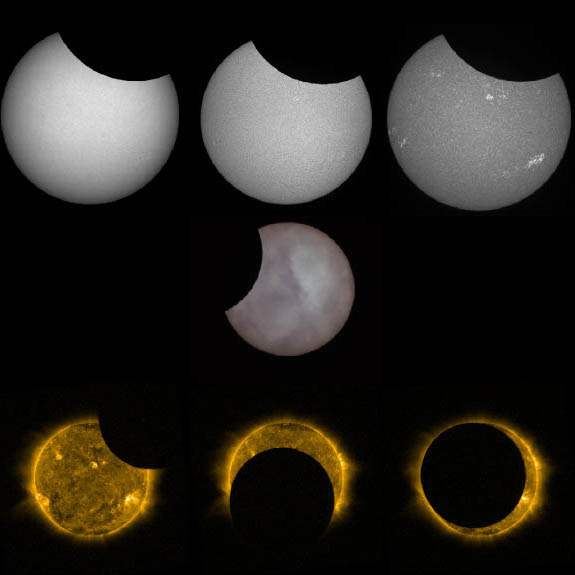 
A partial solar eclipse will take place on Tuesday, 25 October 2022 and will be visible in Belgium. In Uccle, the eclipse will be visible between 11:10 (first contact) and 13:00 (last contact), and its maximum will take place at 12:04 in Belgian time (UTC + 2 h). From Belgium, this will be a small eclipse, with the Moon covering only about 30% of the Sun’s diameter during the maximum. This corresponds to about 19% of the Sun’s surface. Hence, this event will not cause a noticeable darkness in the middle of the day.

For the visibility of the eclipse in other regions of Belgium, you can consult our web page: http://robinfo.oma.be/en/astro-info/eclipses/eclipses-2022-en/#eclipse-25-october-2022 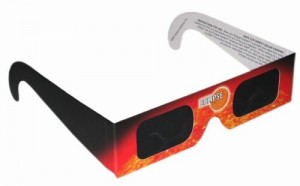 A pair of eclipse glasses

Caution: never look directly into the Sun but use eclipse glasses to observe it, such as the one shown in the picture on the left. Eclipses glasses are notably sold at the Planetarium of Brussels for 2.5 € per piece.

If you do not have eclipse glasses, you can observe the solar eclipse through projection with two cardboards (or sheets of paper): make a small hole in one of the cardboards or sheets of paper using a pin or a thumbtack and make sure the hole is round and smooth. Without looking directly at the Sun, let the Sun shine on this holed cardboard or sheet of paper. The second cardboard or sheet of paper will act as a screen (you can also use a wall or the ground as an alternative). Hold it at a distance (minimum 1 m), and you will see an inverted image of the Sun projected on the paper screen through the pinhole.

If you use binoculars or a telescope for observing solar eclipses, only do it with the projection technique described above (with the telescope or binocular replacing the pierced cardboard), unless you use them with solar filters specifically designed for solar observation.
The previous solar eclipse (partially) visible in Belgium occurred last year, on June 10, 2021. Solar instruments operated by the Observatory have observed it and took images of it. 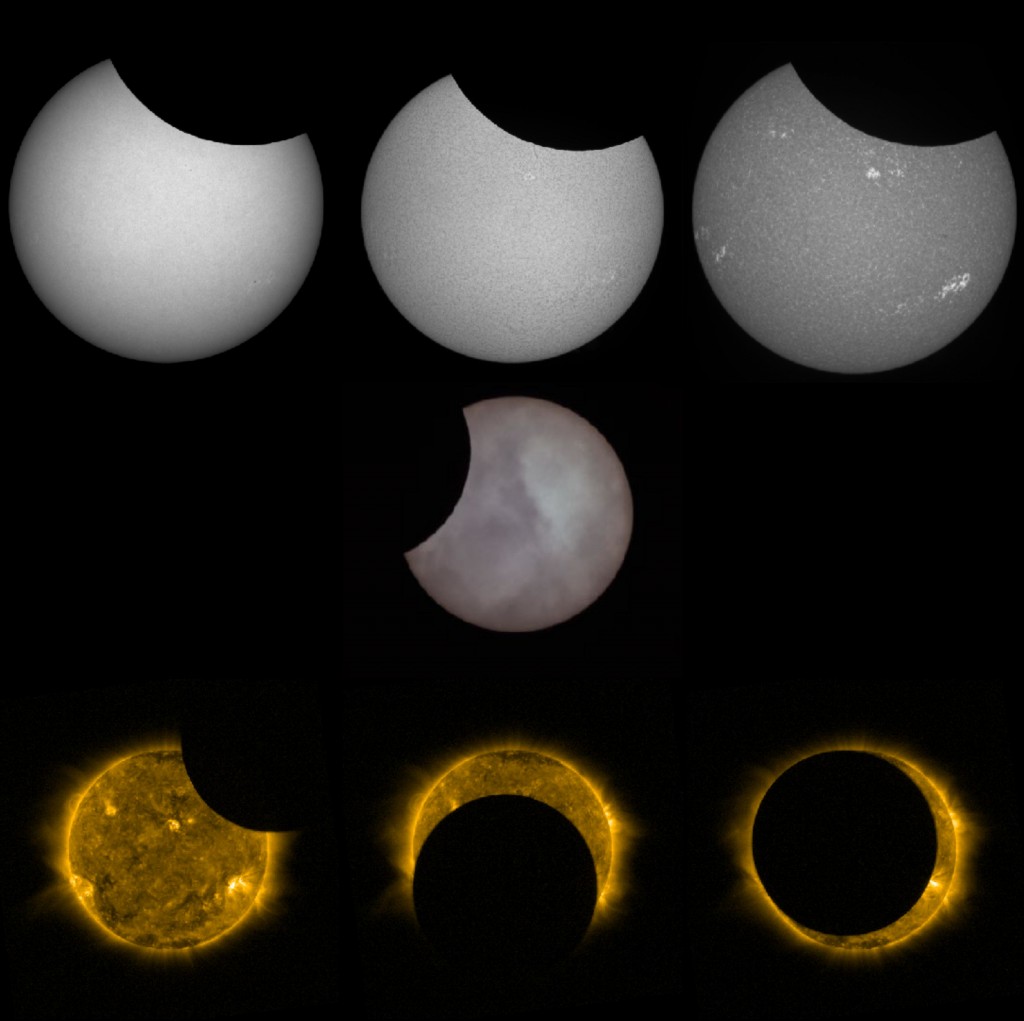 Collage of pictures of the June 10, 2021, solar eclipse. The images are taken by the Uccle solar telescope (USET) (three pictures above), by the Planetarium of Brussels (picture in the middle) and the SWAP camera onboard the PROBA2 satellite (three pictures below). The Uccle solar telescope pictures are taken in visible light, and in the spectral lines Ha and CaII. The Planetarium picture is taken in visible light and the SWAP pictures in extreme ultraviolet light. As PROBA2 orbits the Earth rapidly, SWAP has an ever-changing view of the eclipse. Image credits: USET/ORB-KSB and E. Kraaikamp ; H. Coeckelberghs ; PROBA2/SWAP – ESA/ORB-KSB.

This year, our instruments will also observe the solar eclipse of October 25, 2022. You can follow it via those links: