‘Le Soleil et nous’, a popular book written by a scientist of the Observatory

‘Le Soleil et nous’, a popular book written by a scientist of the Observatory


A new book on the Sun has just been published in French, and its author, Frédéric Clette, is a researcher at the Royal Observatory of Belgium. Inspired by his career and his experience in popularising science, he presents us, in this book intended for a wide readership, a global panorama of the Sun, its multiple influences on our planet and us, humans, as well as the new dangers it may bring for our present society.

An Eclectic Career Dedicated to the Sun 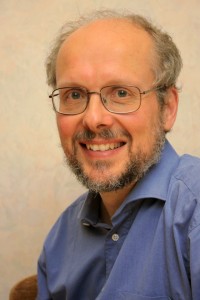 Frédéric Clette has always been passionate about the stars, and it was with the ambition to study the starry sky as an astrophysicist that he began his studies in physics at the Université libre de Bruxelles. But when he met Professor André Koeckelenbergh, a solar physicist at the Observatory, his plans took a fully new direction. ‘Suddenly,’ says Frédéric Clette, ‘I realised that the Sun is an exciting subject in its own right, alongside the rest of the universe.’

A subject that he eventually explored in all its aspects throughout his career at the Observatory. He observed solar eclipses and participated in the SOHO space mission, and in the operations of its EIT telescope from NASA’s control centre. He also took an interest in the Sun’s radio signals captured at the Observatory’s Humain station and was one of the first forecasters in the Observatory’s space weather centre, set up in the early 2000s. Since 2011, he leads the SILSO world data centre, dedicated to the recording of sunspots and to the study of the long-term evolution of the 11-year solar cycle. This provides unique information for understanding the permanent role of our star on the Earth’s climate at the scale of centuries.

A Book Project That Came to Life During the COVID Lockdown

Although he decided to dedicate his career to the Sun, Frédéric Clette did not abandon the other stars. ‘I am still an amateur astronomer,’ he confirms, ‘and I still observe the night sky when the weather allows it. So I combine both sides: the Sun during the day, and the stars and planets at night.’ He also likes to share his knowledge of the Sun, both with non-specialists during public lectures and with students via his course for the Master in astrophysics at the Université de Liège, or also during guided tours of the solar dome at the Observatory in Uccle.

Based on the material gathered for these courses and lectures, he had long nourished the idea of writing a book about the Sun, a project that had ‘remained on the back burner’ due to a lack of time, given his demanding professional activities. When he was contacted by a Swiss publisher, Favre, in May 2020, just at the beginning of the COVID-19 pandemic, the opportunity presented itself. ‘I thought, “If I don’t go for it now, it will never happen,”’ he recalls.

The lockdown context required a certain determination: ‘During the week, I was in front of a screen for work, and at the weekend, rather than taking time off, I was still alone in front of the screen, pushing my manuscript forward.’

The result is a book of nearly 500 pages of text and illustrations that is now available in bookshops throughout France, Belgium and Switzerland since 21 April 2022. The book is prefaced by Bertrand Piccard of the Solar Impulse Foundation, the initiator and pilot of the first fully solar-powered aeroplane that flew around the globe in 2016.

The Dangers of a Blackout: ‘We must learn to live with the Sun’

Frédéric Clette’s ‘Le Soleil et nous’ (‘The Sun and us’ in English) not only presents, in a non-technical language, our latest knowledge about the structure and activity of our star. He also discusses ancient solar myths and deities, the Sun’s role in the climate, and the links between the Sun and a wide variety of inexhaustible natural energies: light, heat, wind, biomass, etc.

Alongside the vital benefits of our star, he also mentions the new dangers that intense solar flares can pose to our society: the biggest ones can lead to communication blackouts, and global power outages in our electrical systems. Frédéric Clette points out: ‘Over the past few decades, our society has evolved in a way that makes us much more vulnerable to solar activity. Today, almost everything depends on electricity. We have created a global risk for ourselves that did not exist before.’

More than ever, citizens and political leaders need to know what the Sun is and what it brings to the Earth. We really need to learn to better adapt our activities, so that we can live in harmony with our star. What are the solutions to avoid a blackout?

According to Frédéric Clette, one of the answers would be to decentralise electricity systems, in particular by migrating to renewable energies of solar origin. ‘We can collect them everywhere on Earth, in different forms, even at home. Most of this energy is consumed locally, so it doesn’t depend on long-distance electrical power lines, which are highly exposed to solar disturbances, and this would make our power supply more robust in the face of solar storms,’ he explains.

A Personal Challenge and a Unique Experience for the Author 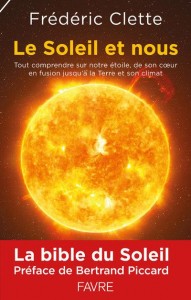 Writing such a book proved to be a personal challenge and also a unique experience for the author. He says: ’When you start an article, you know that after one or two weeks the work will be completed. The end is already in sight. Writing a book, on the other hand, is a long odyssey into the unknown!’

Frédéric Clette hopes that his book will later be translated into other languages. As for writing another such comprehensive book, it will not be for any time soon. He is nevertheless thinking of other projects, in particular a book more focused on a particular aspect of the Sun, or aimed at a more targeted audience, perhaps even children.

We are therefore waiting for the next book!