12 days ago, a nuclear explosion occurred in North Korea. This underground explosion was recorded by seismic stations all over the world. This is also true for the Belgian Network.

See the arrival of the first P wave recorded by all stations of the network roughly 11.5 minutes after the explosion. 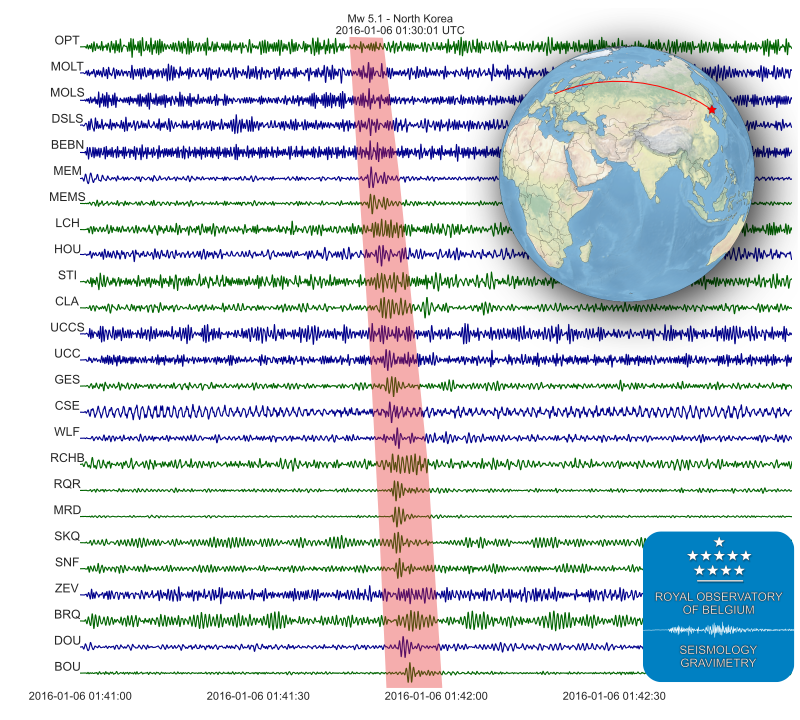