Passing of Eric Elst, Former Astronomer of the Observatory

Passing of Eric Elst, Former Astronomer of the Observatory


Recently we were informed of the passing away on 2 January 2022 of one of our former collaborators, Dr. Eric Walter Elst. He was born on 30 November 1936. 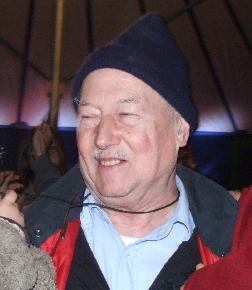 Asteroids have always been underrated and although hundreds of thousands of asteroids must have been in the reach of the telescopes in those days, only a few thousands were already discovered. Discovering new asteroids is a matter of observing a lot, not with big telescopes, which are overdemanded, but often with smaller telescopes, on which usually enough observing time can be obtained.

Considering the light pollution, discovering new asteroids was no longer possible from Uccle, Eric Elst therefore went to observe from dark sites abroad. His favourite observatories were Rozhen in Bulgaria, the Observatoire de Haute Provence in France, the Hoher List in Germany and La Silla Observatory of the ESO in Chile. Each time he came back home with a bunch of photographic plates, which he meticulously examined, searching for new asteroids.

Discovering new asteroids is not simply a matter of finding something that is still unknown. To be recognised as the discoverer, one has to follow the object and submit enough positions to compute a first orbit, so that the object does not get lost. Whoever failed to supply enough positions, does not qualify to be recognised as a discoverer. This leads to the necessary suspense when an unknown object is detected: will it be assigned to me or to someone else? This experience inspired Eric Elst to write a book ‘Asteroïden, een oneindig spel’ (asteroids, an endless game), in which he describes how asteroids are discovered, but also the disappointment when an asteroid of which he hoped to be the discoverer, finally got assigned to someone else. 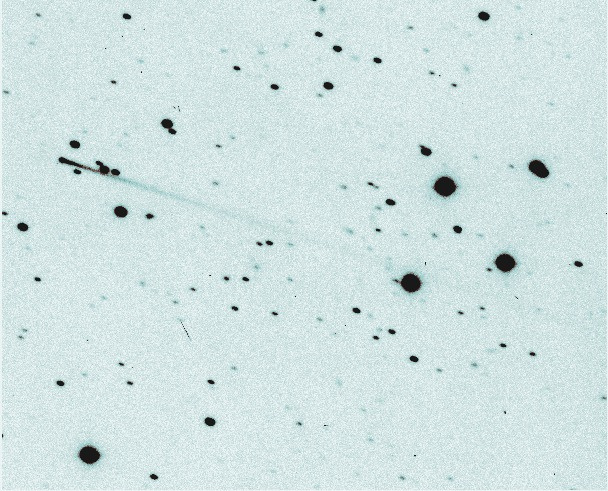 Picture of the comet (7968) Elst-Pizarro taken from the La Silla Observatory, Chili, in August 1996.

Eric Elst had a special interest in Trojan asteroids, objects in the same orbit as Jupiter but preceding it or following it by 60 degrees. As such, there are quite some Trojans among his discoveries. Another famous discovery was comet Elst-Pizarro, which later got the dual status of comet and asteroid. In 1991, he rediscovered the penultimate lost numbered asteroid, (878) Mildred. This asteroid had been lost since 1916. It was named after Mildred Shapley Matthews, the infant daughter of the discoverer, and she could still be present at the celebration of the rediscovery.

His determination and efficiency in observing were very fruitful for Eric Elst. The number of his discoveries continued to increase. Even now, since there are often many years between the physical discovery and its official announcement. Nowadays most successful asteroid hunting programmes are performed by robotic telescopes with fully automated software. But Eric Elst did it still the artisanal way. Such that with 3760 asteroids discovered by him – which will still increase fairly in the future – he holds the worldwide record as the discoverer of the largest number of asteroids by a single individual.