Results of the votes of the campaign “Give a name to an exoplanet”! 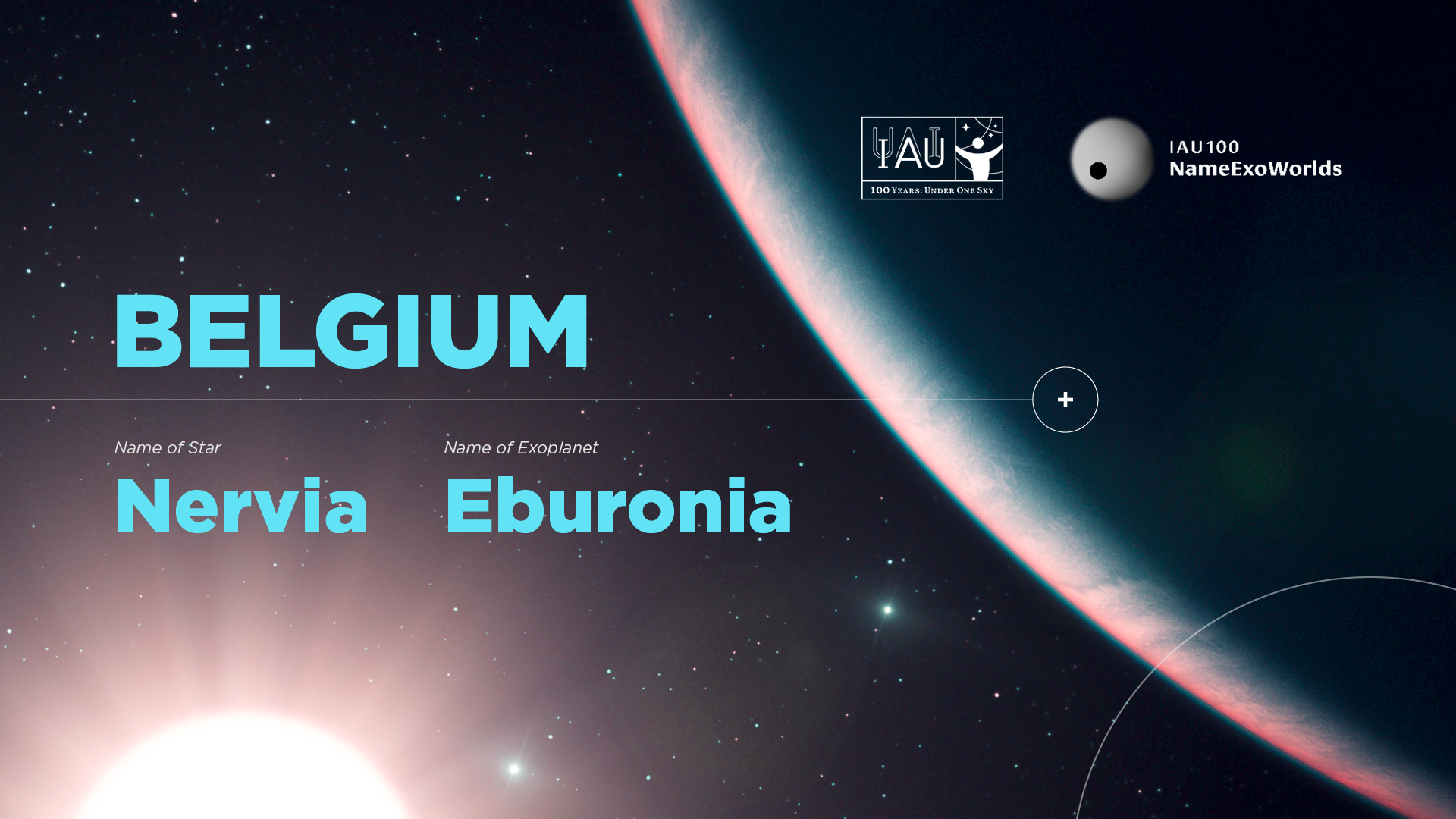 Results of the votes of the campaign “Give a name to an exoplanet”!

Nervia and Eburonia are the new official names of the star HD49674 and its exoplanet. This was decided by the 1300 participants in the Belgian vote, whose purpose was to determine the winning proposal among the four pre-selected name pairs.

As part of its 100th anniversary, the International Astronomical Union launched the IAU100 NameExoWorls competition, which allowed every country in the world to name an exoplanet and its host star. In Belgium, individuals, associations and schools were invited to vote on a list of four proposals.

These four proposals (name of the star and name of the exoplanet) put to the vote were Nervia and Eburonia (74% of the votes), Saxophone and Tenor (10%), Diversity and Natura (9%), and Meuse and Escaut (7%).

The International Astronomical Union announced on December 17 in Paris that the star HD49674 and its exoplanet (attributed to Belgium as part of the international NameExoWorlds campaign) would henceforth bear the official names Nervia and Eburonia.

These names were proposed in a first phase of the campaign by Gatien de Callatay, Henry Ordutowski and Thomas Plancke. They are derived from “Nerviens” and “Eburons”, names of the most famous Celtic Belgae tribes that inhabited the northern part of Gaul. The Belgae gave their name to the Roman province of Gallia Belgica, and later to Belgium. 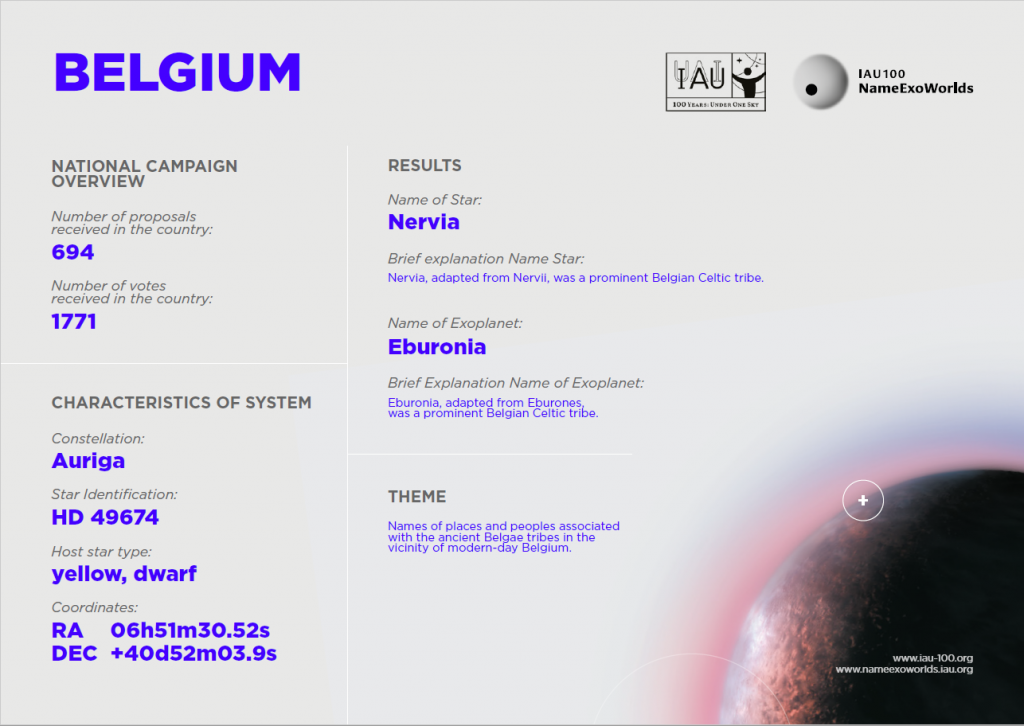 The IAU is the authority responsible for assigning official designations and names to celestial bodies. Within the framework of its 100th anniversary, the IAU launched the campaign IAU100 NameExoWorlds, allowing everyone to propose two names linked by a common theme to be attributed to an already known exoplanet and its host star. The purpose of this initiative is to raise awareness of our place in the Universe and to reflect on how the Earth could be perceived by a civilization from another planet.

How did the selection and voting take place?

Among the many proposals made by 15 August (nearly 700 pairs of names received), a list of four names was selected by the Belgian Committee among those that met the naming criteria (among others: not a name already assigned to an asteroid, no names of people living or deceased after 1919, need to have a name free of rights: therefore, no comic book heroes).
These four proposals were in a next step submitted to the vote until 13 November. The new names assigned to exoplanets will be used in conjunction with the existing scientific nomenclature, with mention of the persons who proposed them.