Each year the Royal Palace in Brussels open its doors for the public during the summer period. From July 22 to September 2, 2018, “Science & Culture at the Royal Palace” will present the exhibition “Wonder” with an original selection of works of art, scientific instruments and astonishing natural phenomena.

The Royal Palace, the SPF Chancellery of the Prime Minister and the Federal Science Policy Office (BELSPO) gather the Federal Scientific Institutes, comprising the Royal Observatory of Belgium, the National Geographic Institute, the War Heritage Institute, and the “ Space Research and Applications ˮ department and the Belgian Co-ordinated Collections of Micro-organisms of BELSPO to organize this exhibition.

Several selection criteria were used to choose the objects for the exhibition: aesthetic criteria, originality, value, rarity, interest and ingenuity. 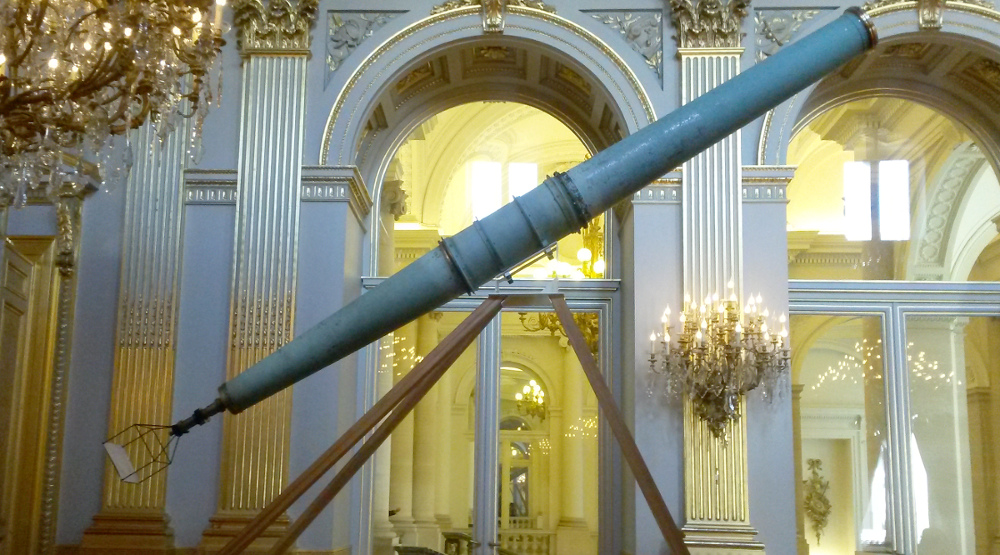 The heliometer with inequal lenses (1882) was built by Grubb, Parsons and Co. Ltd. following Louis Niesten’s (1844-1920) plans. The instrument design is based on an idea of the second director of the Observatory Jean-Charles Houzeau de Lahaie (1820-1888). Its purpose is to use it to observe the 1882 transit of Venus.

The Royal Observatory of Belgium will expose two objects: the Houzeau’s heliometer with inequal lenses and a short movie of the Sun taken by the SWAP camera onboard the ESA satellite PROBA2.

Movie showing the Sun in extreme ultraviolet during a period of 27.28 days called Carrington rotation. The images were filmed between 17 September 2014 and 14 October 2014 by the SWAP camera, an instrument onboard the ESA satellite PROBA2. The scientific center of PROBA2 is located at the Royal Observatory of Belgium. Credit : ESA/PROBA2/SWAP. More information about PROBA2 : http://proba2.oma.be.

These two entities, impressive both in the size of the first and in the fascinating images of the second, are related to the past and present history of the Observatory. Both pointing towards the Sun, they unveil to us the many mysteries of our star, a wonder of our universe.

Practical information:
Royal Palace, Place des Palais/Paleizenplein, 1000 Brussels
Open from Sunday July 22 to Sunday September 2, 2018 from 10.30am to 3.45pm (last entrance).
Closed on Mondays
Free admission
Security checks are carried out at the entrance. It is highly recommended not to bring any large items (any types of bags and luggage).
Website (soon available): http://www.royalbelspo2018.be/
Press release