In 2019, 45 earthquakes and 14 induced earthquakes were located by the Royal Observatory of Belgium in or near Belgium. One earthquake, one induced event and one quarry blast were felt in Belgium. The largest event occurred on 23 June 2019 in Dessel (Belgium, ML=2.1). No damages have been reported this year in Belgium.

In 2019, 45 natural earthquakes occurred in a zone between 1° and 8°E longitude and 48° and 52°N latitude (Figure 1). During the same period, the Royal Observatory of Belgium (ROB) measured 14 induced events, 199 quarry blasts and controlled explosions. The catalogue is complete for natural earthquakes and contains a selection of quarry blasts and earthquakes induced by human activities, e.g. linked to (rock) mass removal in mines or geothermal exploitation. In 2019, there were at least 16 measurable explosions at sea. Most explosions are performed by the Belgian, Dutch or French Army to destroy WW1 and WW2 bombs. 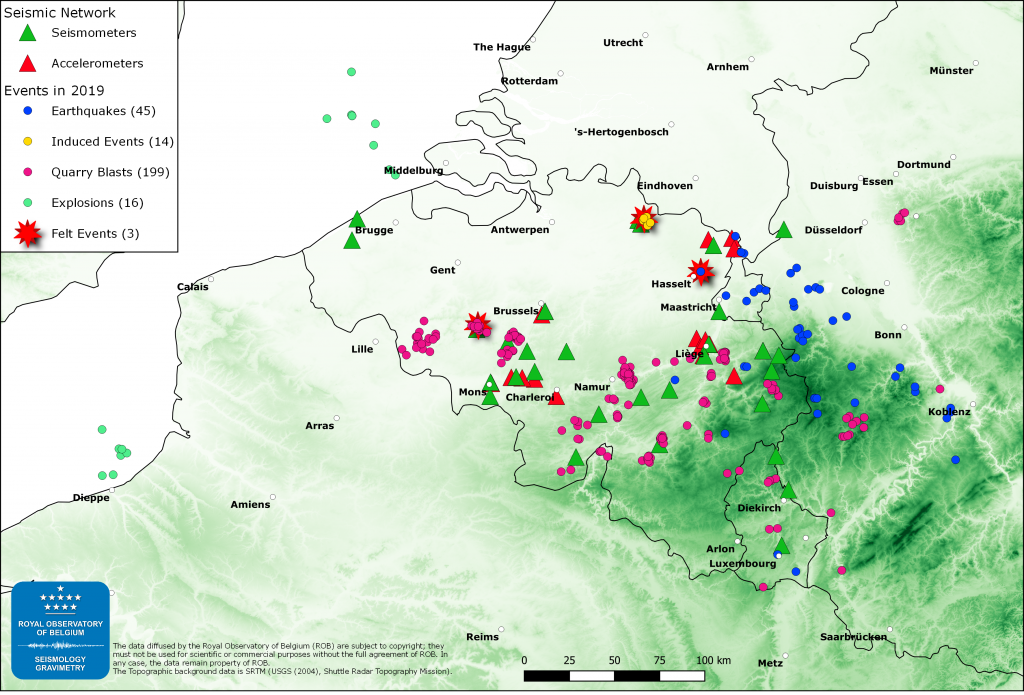 Figure 1: Events recorded in 2019 by the Belgian Seismic Network of the Royal Observatory of Belgium. 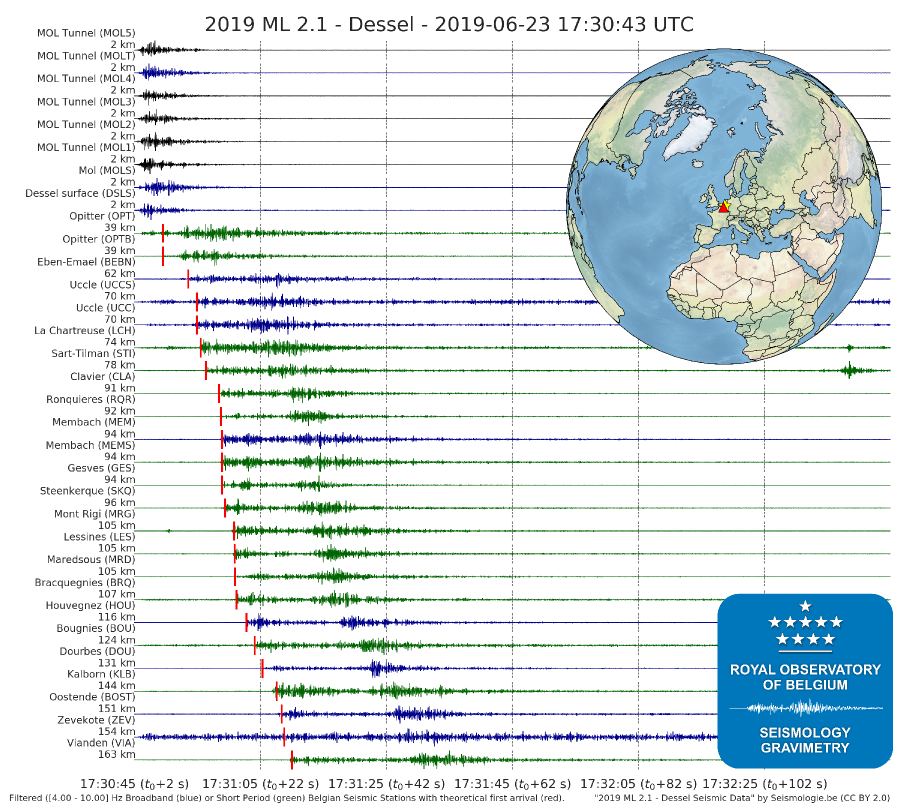 The largest event recorded in the region in 2019 occurred on 23 June 2019 in Dessel (Belgium, ML=2.1). The felt earthquakes are mentioned in Table 1, with the total number of internet macroseismic inquiries received and mapped in real time by the Did You Feel It? portal operated by the ROB. These events were felt by the local population who spontaneously answered the questionnaire on the ROB macroseismic inquiry website.

In comparison, last year in 2018, 65 earthquakes occurred in and around Belgium. The largest was located in Kinrooi 25 May 2018 (magnitude ML=3.1) and was largely felt.