Solar Orbiter returns to Earth for a last goodbye 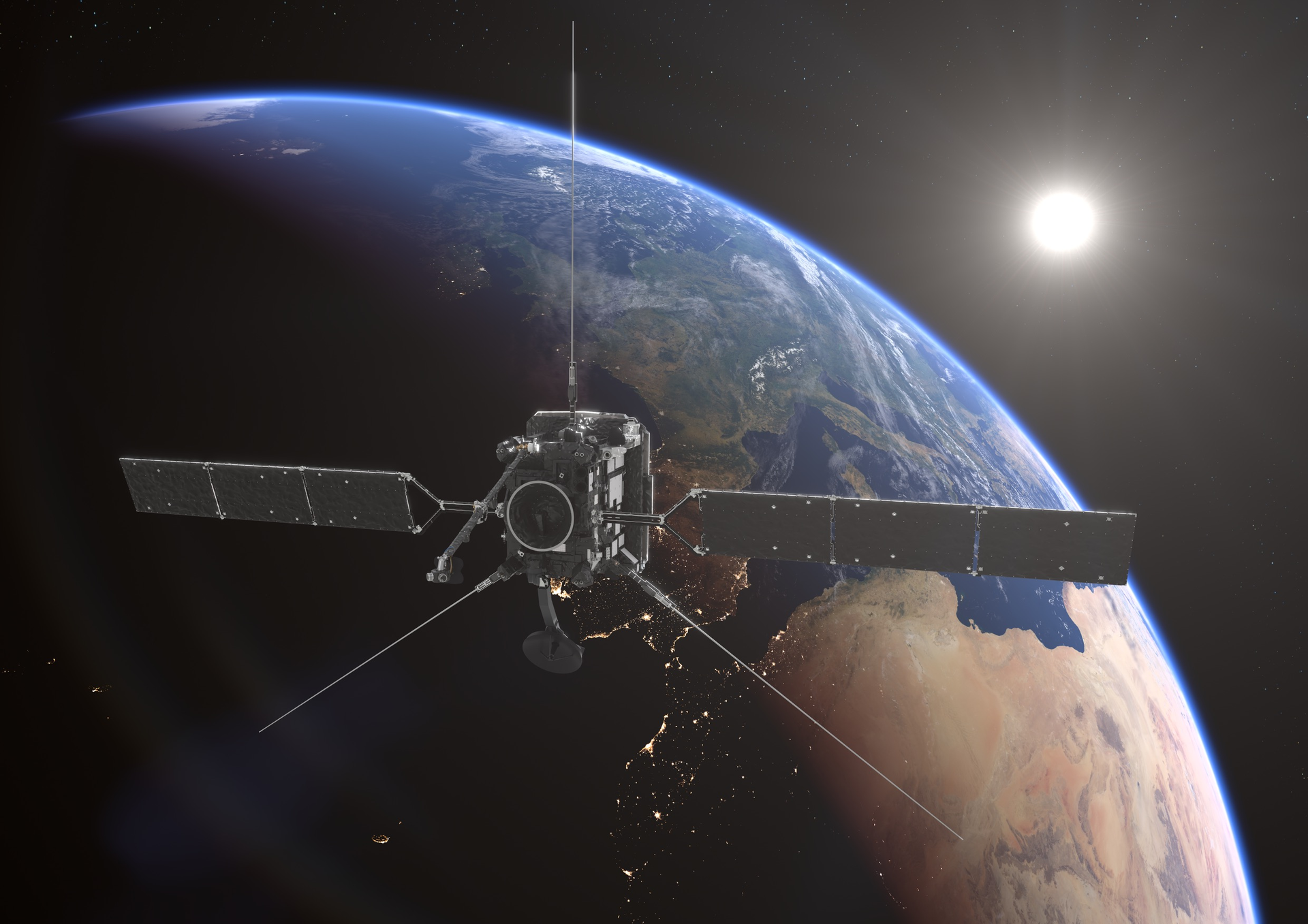 Solar Orbiter returns to Earth for a last goodbye


On 27 November 2021, the Solar Orbiter spacecraft returns from its voyages in deep space, and will pass at only a few hundred kilometers above the Earth’s surface. This manoeuvre is needed to get Solar Orbiter in a new orbit to go yet closer to the Sun. During this flyby, Solar Orbiter unfortunately needs to cross the clouds of space junk that surround Earth, making it a risky visit to our planet. 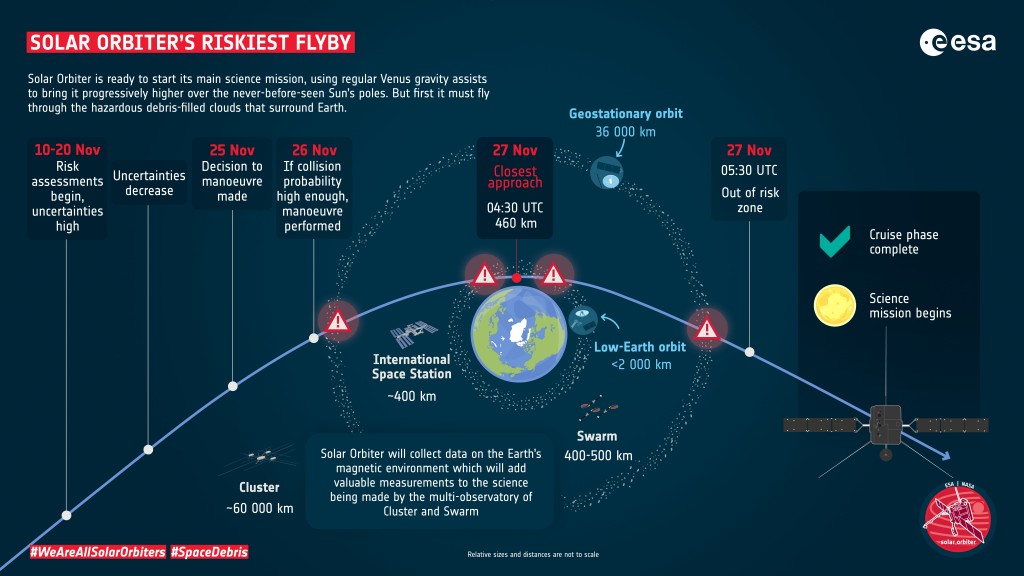 Solar Orbiter’s Earth flyby takes place on 27 November. At 04:30 UTC (05:30 CET) on that day, the spacecraft will be at its closest approach, just 460 km above North Africa and the Canary Islands

At closest approach, the spacecraft will be at 460 km above North Africa. This height is called the Low Earth Orbit zone, where the International Space Station and many other spacecraft can be found. It is also home to a lot of space trash, increasing the risk of a collision. Before Solar Orbiter reaches this region, it will also fly through another frequently-used zone, the Geostationary orbit, which again is congested with space trash and other satellites. ESA will monitor the situation carefully and change the trajectory of the Solar Orbiter spacecraft if it appears to be in any danger.

The flyby marks a major milestone for Solar Orbiter. After this last goodbye to Earth, the spacecraft will be put in orbit to start its scientific mission. Following the launch in February 2020, the spacecraft and all instruments onboard have been thoroughly tested. Despite Solar Orbiter not yet being in full science mode, the instruments were already taking data as often as possible and a lot of science has been produced, far exceeding the expectations. An upgrade to the ESA Ground Station Network allowed Solar Orbiter to send more data down to Earth, and the mission’s scientists have fully taken advantage of this.

In March 2022, Solar Orbiter will make its closest approach to the Sun yet, a phase in the orbit called perihelion. Its first perihelion took place in June 2020, with the spacecraft going nearly twice as close to the Sun as the Earth is. This time, Solar Orbiter will go yet closer and arrive well within the orbit of Mercury – providing a significant boost to the science that can be done. No solar telescope has ever imaged the solar atmosphere from that closeby! “All the interesting high resolution images that we’ve already got till now, will be zoomed in by almost a factor of two,” says Daniel Müller, Solar Orbiter Project Scientist.

This includes new views of the enigmatic ‘campfires’ that Solar Orbiter saw at the first perihelion. The campfires could hold clues about how the Sun’s outer atmosphere has a temperature of millions of degrees, while the surface has a temperature of thousands – which seemingly defies physics because heat should not be able to flow from a colder to a hotter object. Cis Verbeeck, Consortium Project Manager of the EUI instrument onboard that images the Sun at very high resolution, excitedly explains that these early observations have shown that campfires are everywhere in the solar atmosphere and appear to be small versions of solar flares at much lower heights than regular flares.

After the flyby, when Solar Orbiter re-emerges from the Earth’s shadow, it will be on its course for a close rendezvous with the Sun. Unique observations have already been scheduled, and exciting times for our understanding of our mother star are expected!