On August 31, 2018, the European Commission proposed ending daylight saving time. Belgium and its neighbors have to choose whether they will permanently stay at winter time or at summer time. The Royal Observatory of Belgium presents some astronomical documents and data in order to stimulate a reflection on this choice.

UTC (Universal Time Coordinate) corresponds to the Greenwich solar mean time. This means that, at Greenwich, the Sun is at its highest point in the sky at about 12:00 UTC.

Earth rotates once in about 24 hours with respect to the Sun. The solar time is therefore at any moment different from one place to another. The Earth can be divided into 24 time zones of 1 hour each, which corresponds to 15 degrees of longitude each (360°/24). The zero time zone, corresponding to UTC, is centered on the Greenwich Meridian. 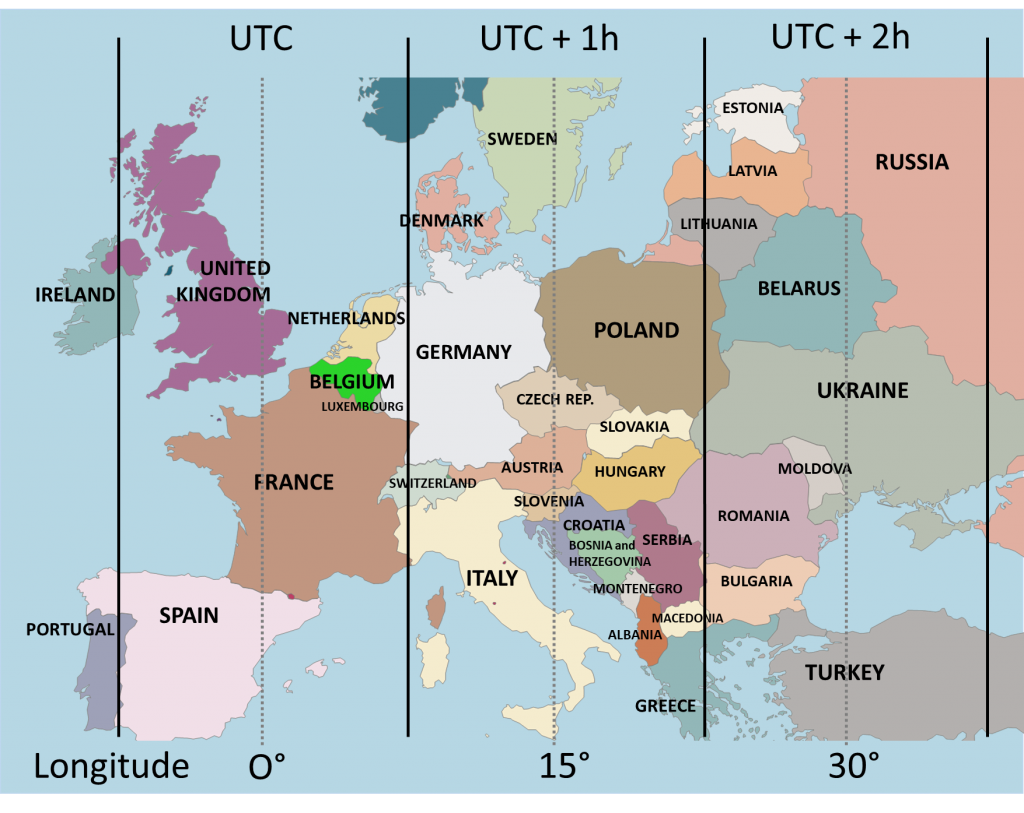 Before 1892, the time in Belgium was different for each city, and followed the local path of the Sun. The 1892 law unified the time for the whole country, imposing the use of the Greenwich Mean Time (GMT, which today corresponds to UTC). During the Second World War, all the occupied territories were required to adopt German time, i.e. UTC + 1 hour. Since then, our country has maintained this time zone, which corresponds to our winter time.

In 1977, following the oil crisis, governments proposed a one-hour time shift in the summer period, which brings us to UTC + 2 hours from April to September/October.

Currently, if the daylight saving time is abolished, one has to define what time will permanently be used: UTC + 1 hour (our winter time) or UTC + 2 hours (our summer time). 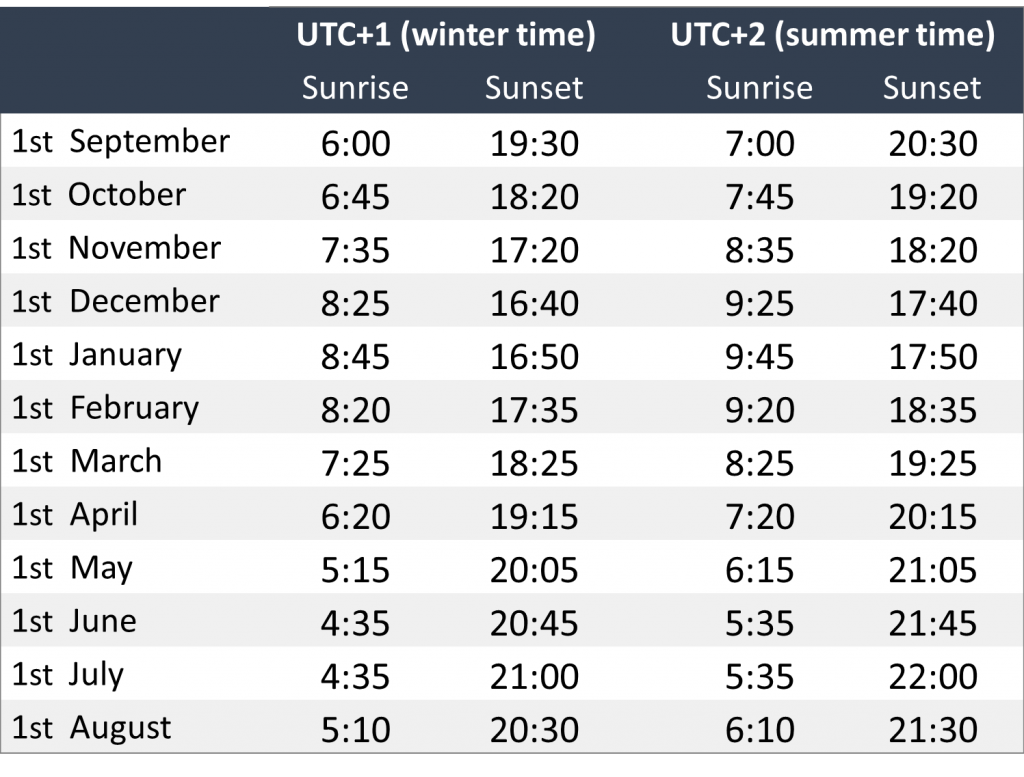 Sunrise and sunset times in Brussels, rounded to 5 minutes.

If we use summer time (UTC +2 hours) all year round, the change will occur in winter: the sun will set one hour later, between 17:40 and 19:20 from early October to early March. On the other hand, Belgium will more often have to start its day in the darkness, only seeing the sun around 9:45 at the end of December. 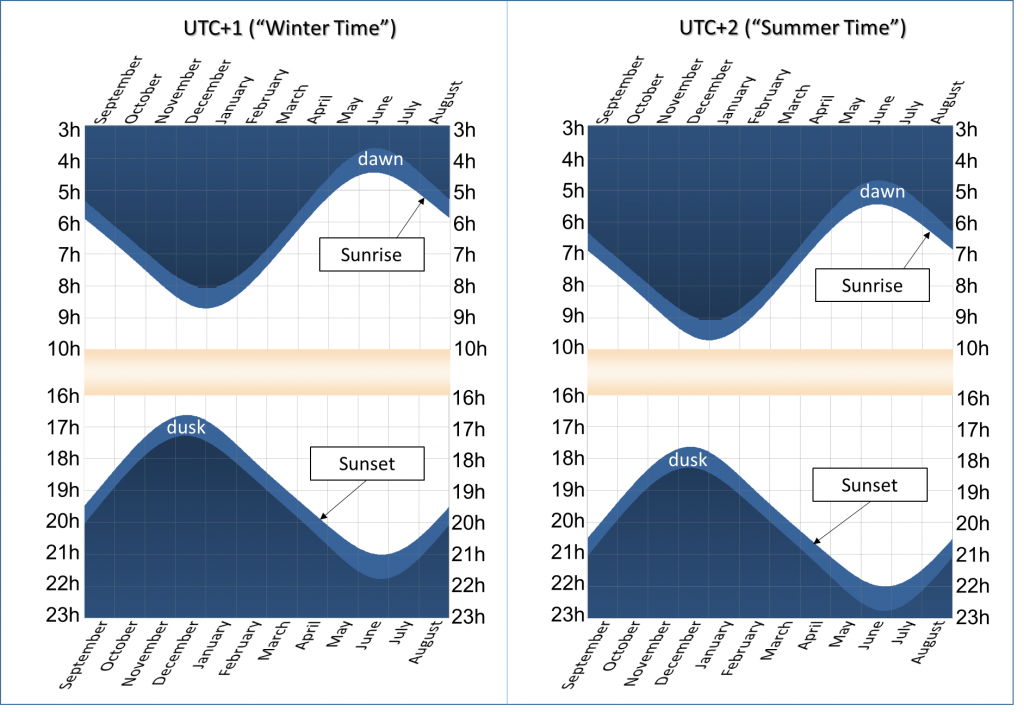 Sunrise and sunset times during the year in Brussels, depending on whether summer or winter time is applied

Link:
The Time-frequency laboratory of the Royal Observatory of Belgium: https://betime.be/en/