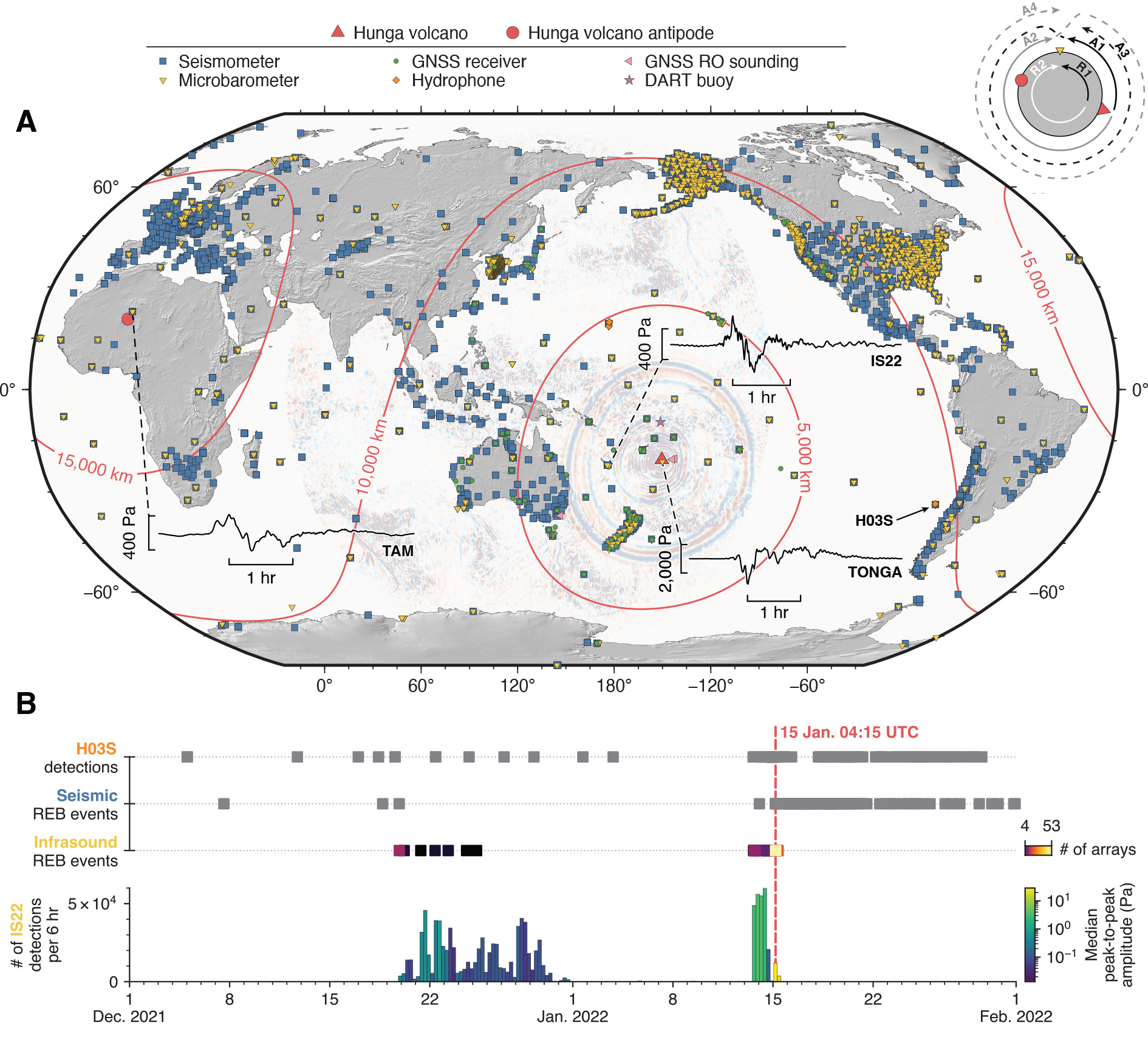 
Two Belgian researchers, including Thomas Lecocq from the Royal Observatory of Belgium, are participating in an international collaboration on the eruption of the Hunga volcano (Tonga archipelago) of 15 January 2022, the largest explosion since Krakatau in 1883. This study has just been published on Thursday 12 May 2022 in the journal Science.

On 15 January 2022, the Hunga[1] volcano (Tonga archipelago) produced a major explosion at 4:15 am (Universal Time). This eruption is the culmination of an eruptive sequence that began on 19 December 2021. All eruptions prior to this explosive event were much smaller and impacts were limited to the area around Hunga-Tonga and Hunga Ha’apai. The explosion caused significant atmospheric, acoustic, gravitational, ionospheric and seismic disturbances. It was recorded by a wide range of instrument types, each providing information and constraints on this major event. The frequency content of the event spans a very wide band (from acoustic-gravity to audio: it was heard as far away as Alaska, at a distance of almost 10,000 km) and therefore requires an interdisciplinary collaboration and perspective.

The paper published on Thursday, May 12 in the journal Science is the result of a global scientific effort, with 76 authors from 17 countries, whose expertise includes seismology, acoustics, tsunamis, ionospheric disturbances, volcanology, etc. This is the most comprehensive analysis of a very complex and large-scale eruption. The main eruption was the largest recorded in recent decades and the most exhaustively recorded by global monitoring stations (97 networks, 3189 data sets). It validated theories that had not yet been observed with modern instruments. For example, the acoustic-gravitational waves circled the globe three times over a period of six days, something that had not happened since the eruption of the Krakatau volcano in Indonesia in 1883. Various tsunamis were also triggered at several locations around the world. Unlike the Krakatau eruption, thousands of instruments were used to dissect this major eruption and to analyse its impact on the planet.

The Belgian contribution to this international effort was the co-coordination of the seismological analysis (Corentin Caudron, Université libre de Bruxelles) and the global analysis of the data from pressure sensors, barometers and seismometers (Thomas Lecocq, Royal Observatory of Belgium).

This article is based on a joint press release from the Université libre de Bruxelles and the Royal Observatory of Belgium.

Reference of the article : 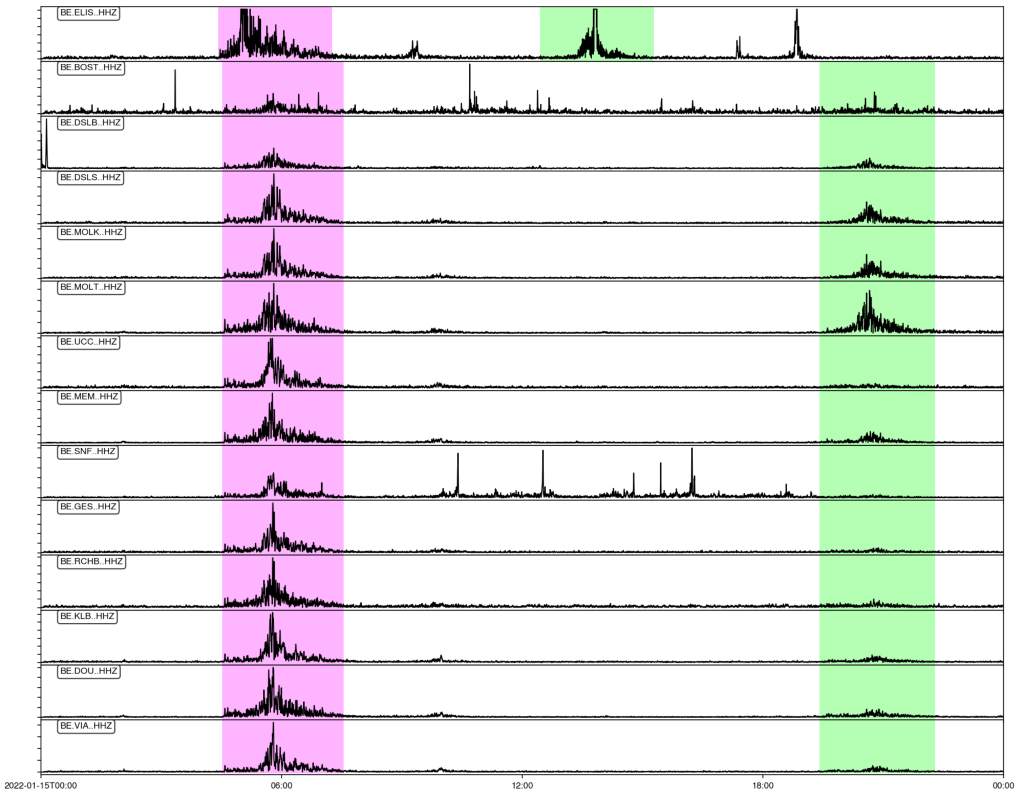 Seismic recordings of 15 January 2022 by the Belgian network of the Royal Observatory of Belgium. The ELIS station is located in Antarctica and therefore shows a different waveform than the stations located in Belgium. Illustration of the arrival of the seismic waves between 4h15 and 7h00 UTC (fuchsia) and of the seismic-acoustic wave (green) from 12h43 at ELIS and 18h50 for the network in Belgium.

Recording of atmospheric pressure changes by the barometers of the international network of superconducting gravimeters, two of which are located in Belgium: MEMB in Membach (Baelen) and RCHS in Rochefort. The graph shows the different passages of the Lamb wave, which circles the Earth in about 35 hours and 10 minutes. At the ‘shortest distance’, this wave travels about 6 hours less than at the ‘longest distance’.