Astronomers show how supergiant stars repeatedly cool and heat up 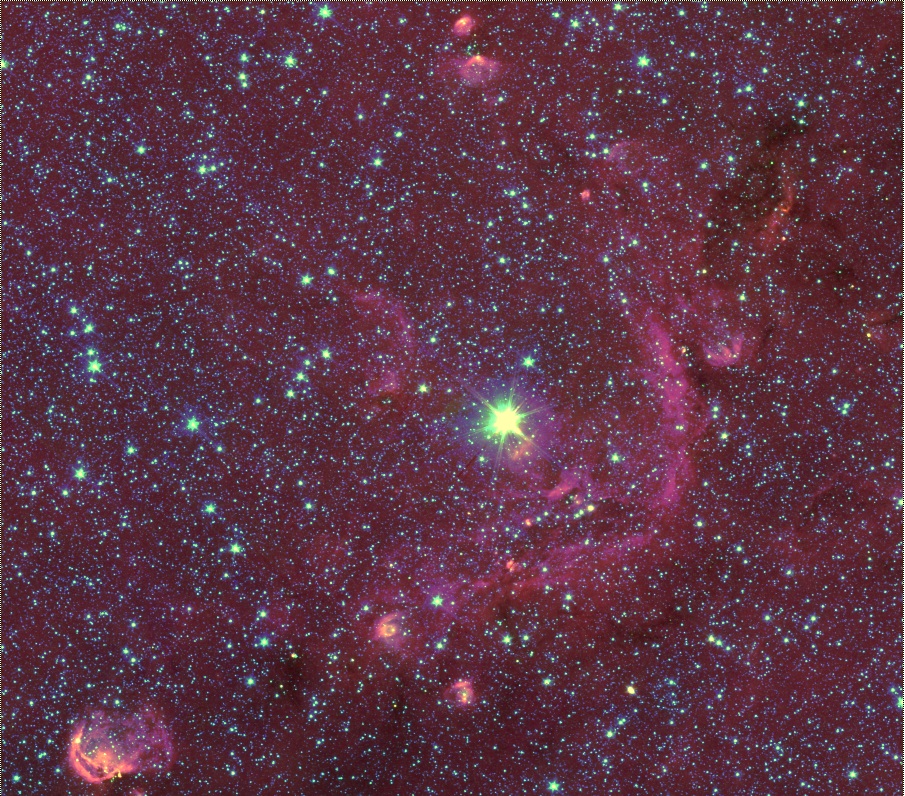 Astronomers show how supergiant stars repeatedly cool and heat up


An international team of professional and amateur astronomers, which includes Alex Lobel, astronomer at the Royal Observatory of Belgium, has determined in detail how the temperature of four yellow hypergiants increases from 4000 degrees to 8000 degrees and back again in a few decades. They publish their findings in the professional journal Astronomy & Astrophysics.

The researchers analysed the light of four yellow hypergiants that has been observed on Earth over the past fifty to one hundred years. Yellow hypergiants are huge, luminous stars. They are fifteen to twenty times heavier than the Sun and shine 500,000 times brighter. The atmospheres of these stars can be so huge that, if they replaced our Sun, they would stretch beyond the orbit of Jupiter.

Because the researchers had such a long series of measurements, they could see in detail how the stars get warmer over decades and cool down in a few years.

The cycle begins with a cool star. In a few decades, the average atmospheric temperature increases to about 8000 degrees. At 8000 degrees, however, the atmosphere becomes unstable due to amplified pulsations. At a certain moment the entire atmosphere erupts. As a result, it cools down quickly and a self-accelerating process occurs in which electrons attach themselves to hydrogen ions and a lot of ionisation energy is released. This cools the atmosphere even further. The cooling from 8000 degrees to 4000 degrees takes only two years.

Then the cycle starts again from the beginning, only with a slightly less massive star. Eventually, astronomers think, the hypergiant transforms into a hotter star and ends its life as a supernova.

During the research, astronomers also found out that one of the four studied hypergiants was not as large as previously assumed. The star, HR5171A, turns out to be much closer than expected.

The star HR 5271A is one of the four hyper-giants investigated. (c) A. Lobel/NASA/Spitzer Space Telescope/IRAC. Source: http://www.astronomie.nl/media/medialibrary/2019/10/HR5171_Spitzer_credit_A_Lobel_NASA_Spitzer.jpg