Coralie Neiner, from the Observatoire de Paris (LESIA/CNRS/UPMC/Université Paris Diderot) and Patricia Lampens, from the Royal Observatory of Belgium discovered the first magnetic delta Scuti star through spectropolarimetric observations at the CFHT telescope in Hawaii. The delta Scuti stars are pulsating stars some of which show signatures attributed to a second type of pulsations. The discovery shows that it is actually the signature of a magnetic field. This has important implications for understanding the interior of such stars.

Two types of pulsating stars exist among stars with a mass between 1.5 and 2.5 solar masses: the delta Scuti stars and the gamma Dor stars. Theory tells us that, when such stars have a surface temperature between 6900 and 7400 Kelvin, they can have both types of pulsations, i.e. they are called “hybrid stars”. The NASA space mission Kepler provided a wealth of new candidate “hybrid stars”, even outside the theoretically predicted physical parameter range.

Coralie Neiner (LESIA, CNRS / Observatoire de Paris / UPMC / Université Paris Diderot) and Patricia Lampens (Royal Observatory of Belgium) have therefore sought which physical phenomena could mimic the hybrid character in delta Scuti stars. One possibility could be the presence of a magnetic field which would produce spots on the rotating stellar surface and mimic the gamma Dor pulsations. However, no magnetic field had ever been observed in a delta Scuti star until now…

They proposed to observe HD 188774, a Kepler hybrid candidate star, in order to look for the presence of a magnetic field. Based on spectropolarimetric measurements obtained at the Canada-France-HawaiiTelescope (CFHT), they showed that the star exhibits a clear magnetic signature. This represents the very first detection of a magnetic delta Scuti star. It further shows that the signature of a magnetic field can be confused with that of gamma Dor type pulsations.

The discovery that HD 188774 is a magnetic delta Scuti star and not a true hybrid star opens the perspective of a new interpretation for the Kepler observations of other hybrid stars, and of pulsating stars in that mass range. This has important implications for understanding the (deep) interior structure of such stars (Neiner and Lampens, published on October 14th, 2015 in Monthly Notices Letters of the Royal Astronomical Society, Oxford University Press).

(*) Based on observations obtained at the Canada-France-Hawaii Telescope (CFHT), operated by the National Research Council of Canada, the Institut National des Sciences de l’Univers of the CNRS of France, and the University of Hawaii. 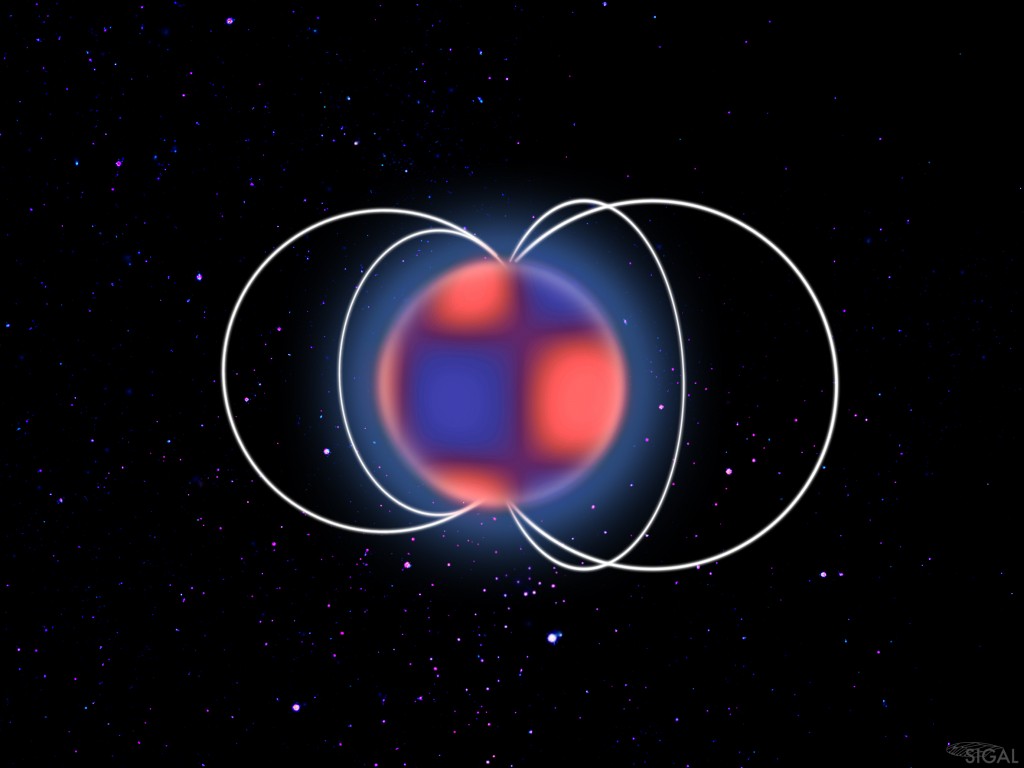