InSight Landing: Mars on the verge of revealing the secrets of its interior 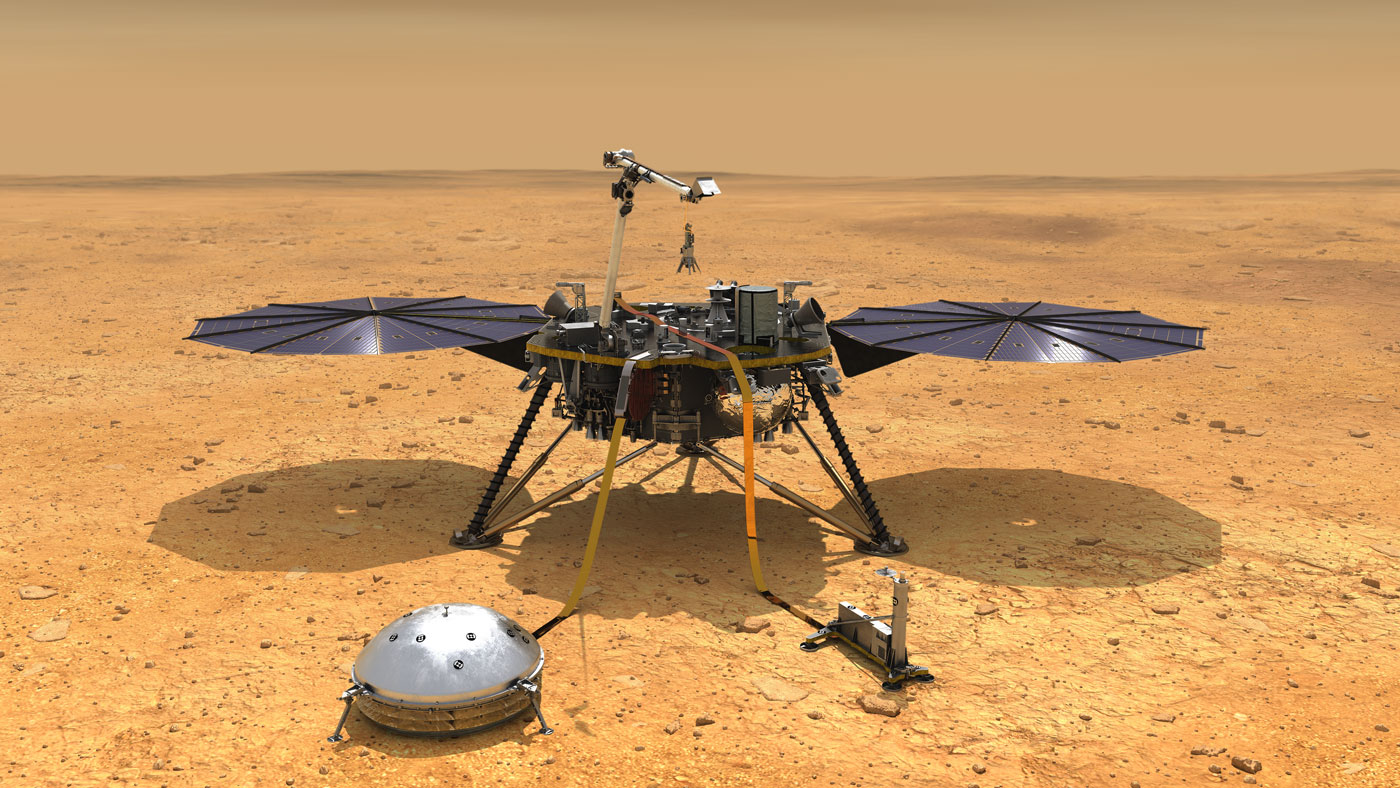 InSight Landing: Mars on the verge of revealing the secrets of its interior


On November 26, 2018, NASA’s InSight mission will land on the surface of Mars for a two-year mission.

No rover this time. A fixed lander is sufficient. A robotic arm integrated into the lander will place two instruments on the surface. The first instrument is a seismometer that will study earthquakes on a planet other than Earth for the first time: marsquakes! Prof. Véronique Dehant, from the Royal Observatory of Belgium (ROB), is part of the team of this French instrument called SEIS (Seismic Experiment for Interior Structure).

The second instrument is a self-hammering heat probe which will burrow up to 5 meters below the surface, a depth never reached in previous missions, whose record was only a few tens of centimeters. This sensor will determine how fast the Red Planet is cooling.

The third main instrument of InSight is a radio instrument called RISE (Rotation and Interior Structure Experiment) that will remain attached to the lander. ROB planetary scientists will participate in the analysis of radio signals exchanged between Earth and RISE. For the first time, an instrument of this caliber will be able to measure the subtle variations in the orientation of Mars’ axis of rotation in space. These variations in turn reflect the structure of its interior and in particular the dimensions of its liquid iron core.

To land on Mars, InSight will have to parachute down in a thin but sometimes stormy atmosphere, a technical feat that NASA has accomplished many times. From the first radio communication data, ROB scientists will accurately determine the position of InSight, which will settle down in the region of Elysium Planitia. This precise location is necessary so that the satellites orbiting around Mars will be able to photograph the lander.

In addition to using InSight instruments, ROB will also reconstruct the arrival trajectory using flight data recorded from the lander entry into the atmosphere to its landing. In a next step, ROB scientists will derive the atmospheric conditions from those data. Atmospheric reconstructions using flight data are valuable and rare additions to the meteorological observations made by satellites in orbit around Mars.

Later, in order to optimize the scientific return, ROB planetary scientists will combine the data of RISE with those of LaRa (Lander Radioscience), an instrument of the ExoMars 2020 mission of ESA and the Russian space agency Roscosmos. The design of LaRa is coordinated by Professor Véronique Dehant.

The radioscience research of the Royal Observatory of Belgium is funded by the Belgian Federal Science Policy (Belspo) with the support of ESA’s PRODEX program.

On November 26 and 27, 2018, only by appointment, following scientists will be at your disposal at the Royal Observatory of Belgium to answer all your questions.