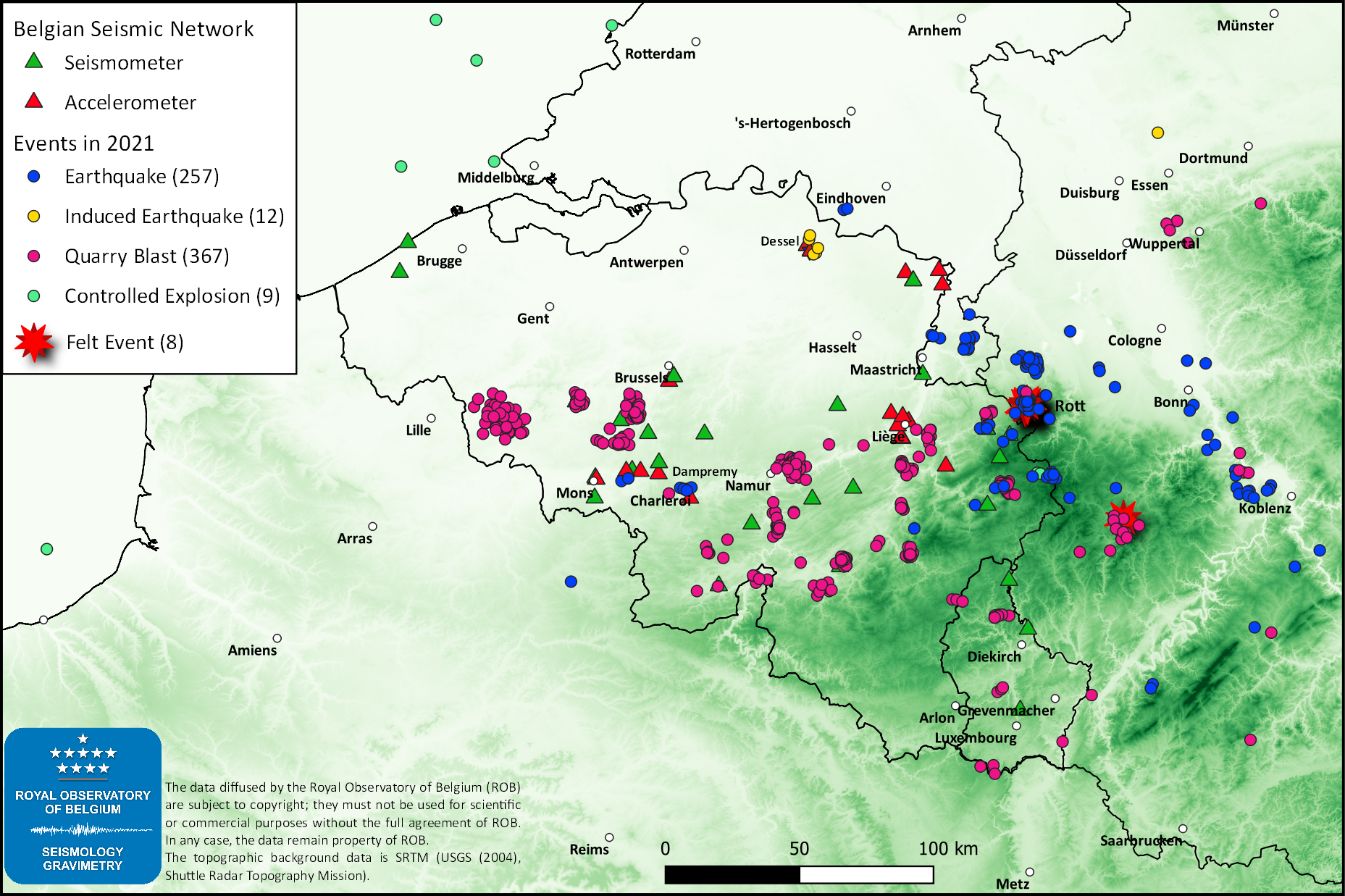 In 2021, 257 natural earthquakes occurred in a zone between 1° and 8°E longitude and 49° and 52°N latitude (Figure 1). During the same period, the Royal Observatory of Belgium (ROB) also measured 12 induced events, 367 quarry blasts and at least 9 explosions at sea linked to controlled explosions of WW1 and WW2 bombs by the Belgian, Dutch or French Armies. The 2021 ROB catalogue is complete for natural earthquakes with a local magnitude above 1.5 and contains a selection of quarry blasts and earthquakes induced by human activities, e.g. linked to (rock) mass removal in mines or geothermal exploitation.

Of the 257 measured natural events:

The largest seismic activity measured by the ROB in 2021 occurred in a radius of 1.5 around the town of Rott in the Eifel mountains just across the German border. During this seismic sequence, 126 earthquakes were located at an average depth of 9.7 km below the surface. Seven events of this sequence were felt by the local population who spontaneously answered the online “Did You Feel It?” questionnaire, a collaborative initiative between the ROB and the German Bensberg earthquake station. The two largests events, which happened on 2 and 14 January 2021, both had a local magnitude of 2.6 and were felt from Rott up to the cities of Aachen (DE) and Eupen (BE).

The largest earthquakes recorded on Belgian territory in 2021 occurred on 20 June 2021 in Dampremy near Charleroi and 28 August 2021 in Baelen near Eupen. Both events had a local magnitude of 1.7 and were not felt by the local population. The measured 12 induced events are related to a deep geothermal energy project in Dessel. The seismic monitoring network of the Royal Observatory of Belgium has remained fully operational during 2021 and currently includes 30 seismometer and 18 accelerometer stations.

In comparison, last year in 2020, 52 earthquakes occurred in and around Belgium. The largest earthquake was the 5 May 2020 Modave earthquake with a local magnitude of 1.7. 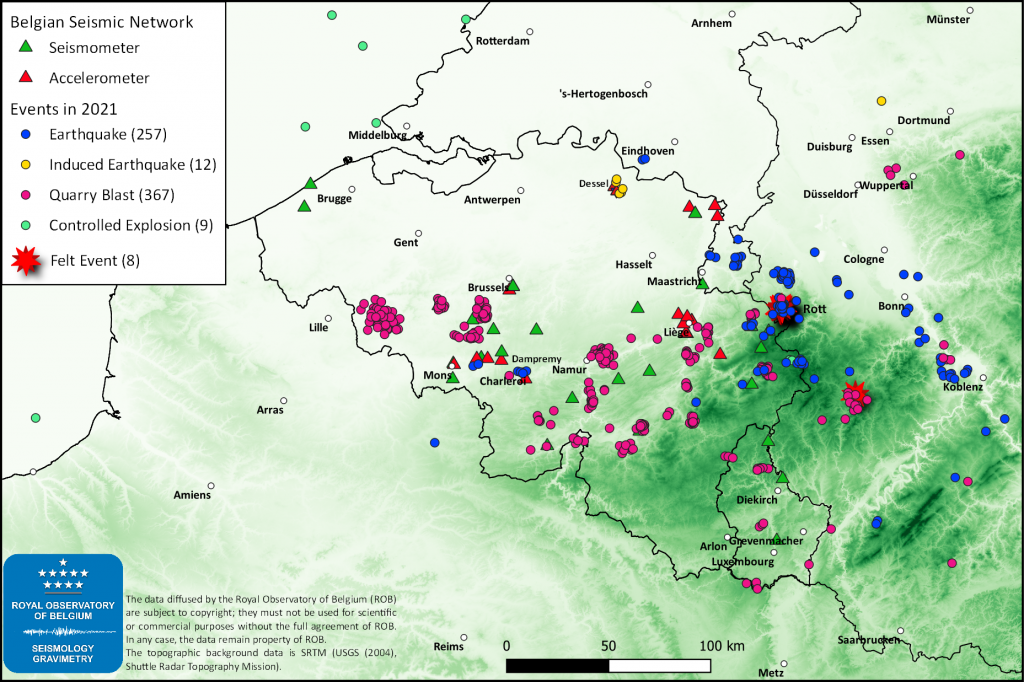 Figure 1: Events recorded in 2021 by the Belgian Seismic Network of the Royal Observatory of Belgium in a zone between 1° and 8°E longitude and 49° and 52°N latitude.