The EUI telescope causes a revolution in solar physics 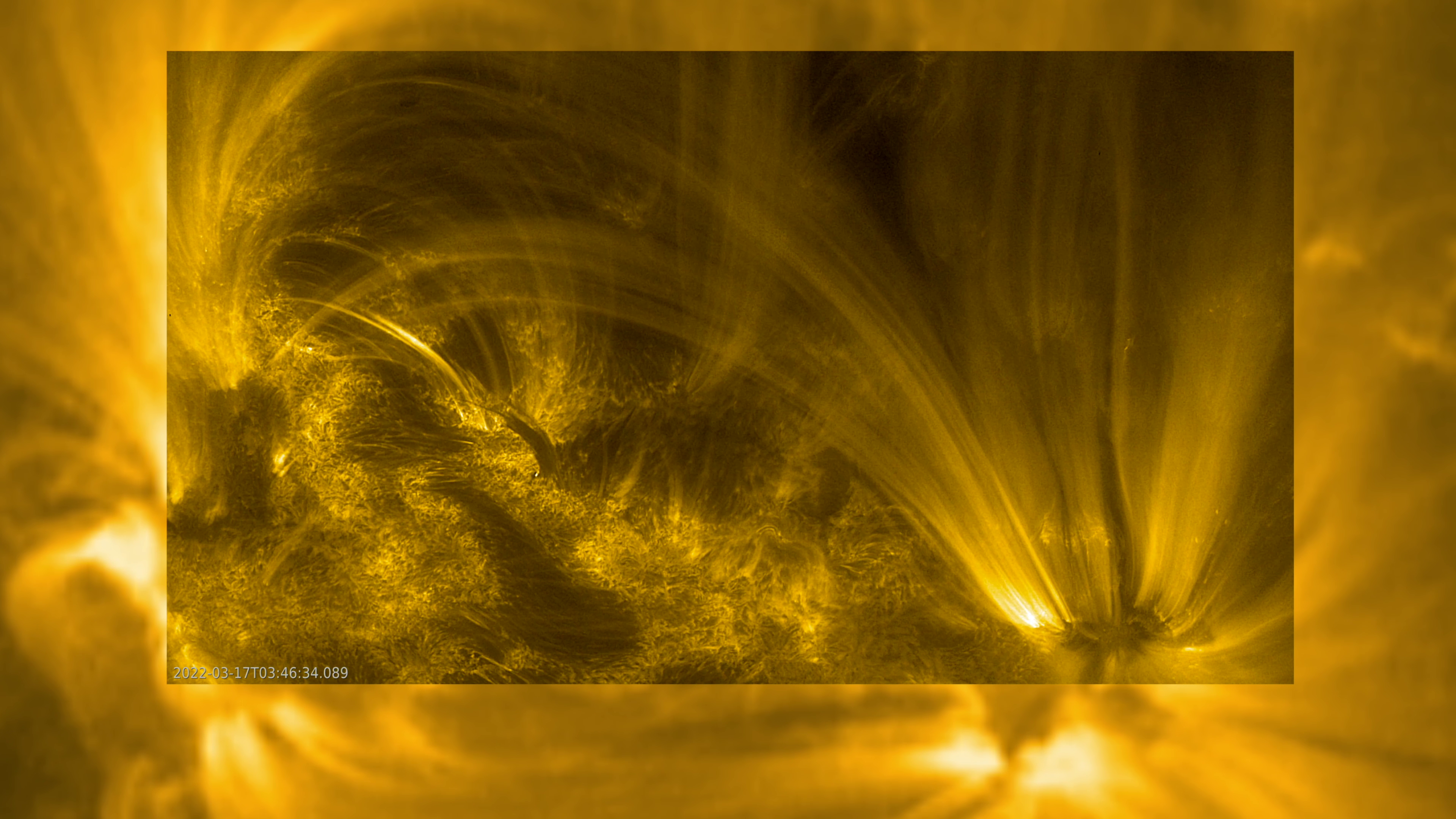 The EUI telescope causes a revolution in solar physics


On March 26, 2022, the Solar Orbiter satellite came closer to the Sun than ever before. A particularly exciting moment. The images of this closest approach -the perihelion-, taken by the Extreme Ultraviolet Imager (EUI) on board will revolutionize solar physics!

The invention of the microscope more than 400 years ago, gave scientists the opportunity to study nature in extraordinary detail. Cells, bacteria and small organisms were discovered. Microbiology was born. Similarly, EUI is revolutionizing our knowledge of the Sun. Like with a microscope, we can zoom in on the Sun with the EUI telescopes and study details in the solar atmosphere, the corona, that we have never been able to see despite decades of solar observations. The EUI telescopes are paving the way for a new branch of research: the study of the micro-corona. It feels like our eyes were finally opened.

There is so much new to see in the EUI-f images collected during this first close passage near the Sun that solar scientists at the Royal Observatory of Belgium are spending hours staring at the screen in fascination, just as microbiologists did 400 years ago. Let yourself be equally amazed by the ever-moving solar material in the videos below!

Many more passages close to the Sun will follow later in the mission. Solar Orbiter’s orbit is becoming increasingly tilted, which will allow us to image the solar poles for the first time. Our researchers will not know where to look first! 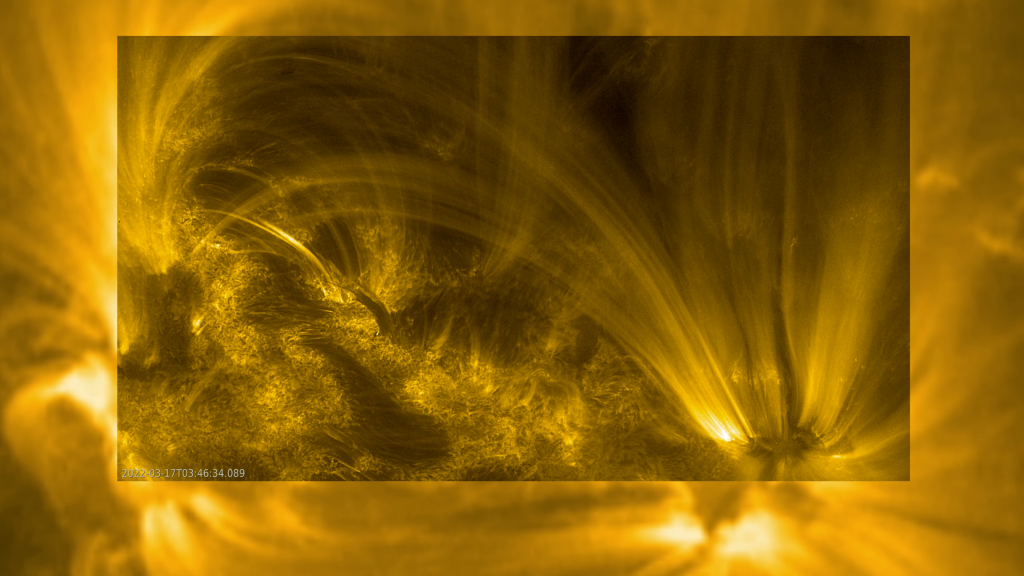 Images taken on March 17, 2022 by EUI’s Full Sun Imager (FSI) telescope, using the High-Resolution Imager (HRI) to zoom in on the details of an active region. 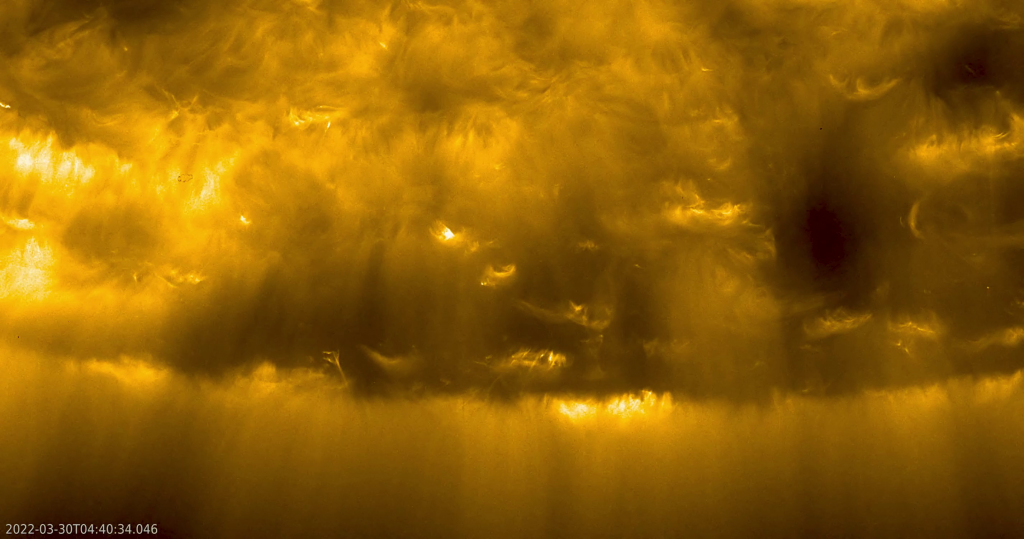 Images of the solar south pole taken on March 30, 2022, just 4 days after its closest approach to the Sun. 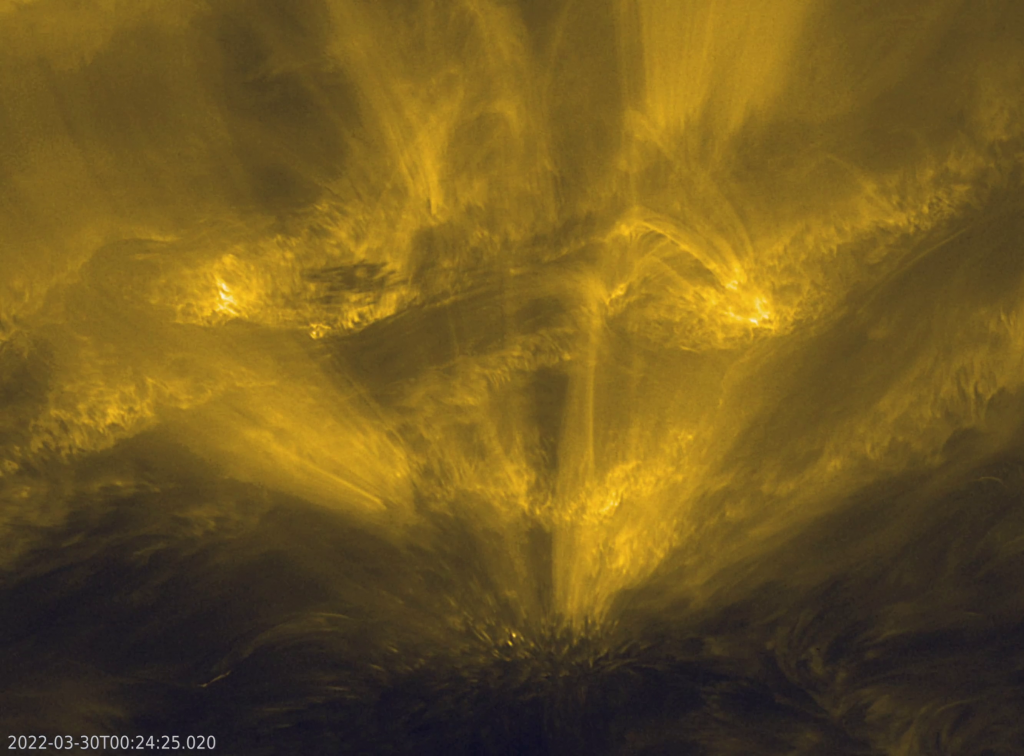 This close-up of the solar atmosphere shows a phenomenon that researchers have tentatively nicknamed “the hedgehog”. What exactly the hedgehog is and how it was formed, further research has yet to reveal.

The other instruments on board Solar Orbiter also made unique observations during this perihelion. More details can be found on the ESA’s website.