Laurent Mahy and Jérémy Rekier, researchers at the Royal Observatory of Belgium, received respectively the 2021 Paul & Marie Stroobant Prize and the 2021 prize of the annual competition of the science division of the Académie royale des sciences, des lettres et des beaux-arts de Belgique. These prizes highlight the quality of their research in the field of astronomy and the rotation and interior of the Earth respectively. 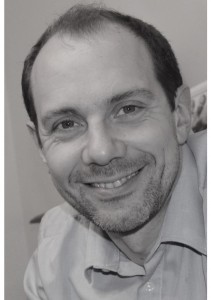 The Paul & Marie Stroobant Prize is awarded every two years to the author of a work in observational or theoretical astronomy. This prize was created in 1950 in honour of Paul Stroobant, director of the Royal Observatory of Belgium from 1925 to 1936 and member of the Academy. This year it was awarded to Laurent Mahy, senior researcher at the Observatory, for his significant contribution to the study of the fundamental properties of massive stars and their evolution.

Laurent Mahy is particularly interested in massive stars in multiple systems and the stellar winds produced by these stars. Using different observational techniques to study massive binary stars, he has been able to show that what was thought to be stellar black holes in binary star systems are in fact stars that rotate very fast.

The researcher also took advantage of the 42 orbits of the Hubble Space Telescope to study the stellar winds produced by massive stars in the Large and Small Magellanic Clouds. The data are being processed as a pilot study for the ongoing ULLYSES project (Hubble UV Legacy Library of Young Stars as Essential Standards), which is producing a library of ultraviolet spectra of young stars in our universe from Hubble data.

Jérémy Rekier, winner of the 2021 contest of the Académie royale 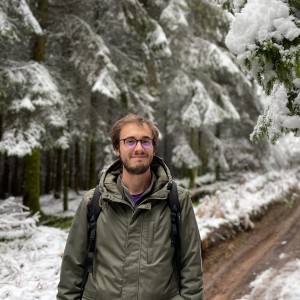 Jérémy Rekier is a postdoctoral researcher in the physics of the Earth’s rotation and interior, which he studies by developing numerical models. He received the award in response to a question from the Academy, which is looking for new research in the field of astronomy and physics this year.

The question of this year concerned ‘an original contribution, experimental or theoretical, to the physics of the Earth’s core or that of the telluric planets’. The Academy focused its attention on Dr Rekier’s manuscript, entitled ‘The role of inertial waves in the internal dynamics of terrestrial planets’.

Jérémy Rekier’s master’s thesis presents recent theoretical developments based on numerical and analytical modelling by him and his team at the Royal Observatory of Belgium on the dynamics of liquid cores of rotating planets. The jury praised the effort made to highlight the link between these developments and the founding work of great scientists such as W. Thomson (Lord Kelvin), G. H. Bryan, S. Hough, E. Cartan, or H. Poincaré, whose contribution was so central that the fundamental equation of the discipline bears his name. The jury also judged that the results presented were ‘original, significant and of high quality’.

Congratulations to Laurent Mahy and Jérémy Rekier for their prizes!

Link to the website of the Royal Belgian Academy: https://www.academieroyale.be/fr/actualites-detail/messages/classe-sciences-laureats-prix-2021/