Stanford University recently released a list that represents the top 2% of the most-cited scientists in the world in various disciplines. It was created to provide updated analyses and a publicly available database of top scientists. Updated databases and code are freely available in Mendeley (https://dx.doi.org/10.17632/btchxktzyw).

This list of the top 2% most-cited scientists is composed of 159,684 researchers, of which 1,413 scientists are affiliated to Belgian institutes, with 9 of them listed in the top 10% in their research field. Two of the researchers who made it onto the list come from the Royal Observatory of Belgium: Martin Groenewegen and Véronique Dehant.

According to the Stanford ranking, Martin Groenewegen and Véronique Dehant are, in the field Astronomy and Astrophysics, the 400th and 1516th out of 42,624 in the world respectively. Moreover, Martin Groenewegen comes as the most cited of the six astronomers affiliated to a Belgian institute in this list!

We are proud of their achievements and congratulate our two colleagues and the ones who support them. We took this occasion to ask them to reveal more about them and what got them to this remarkable point of their career.

Congratulations Martin and Veronique and many thanks for accepting this interview. 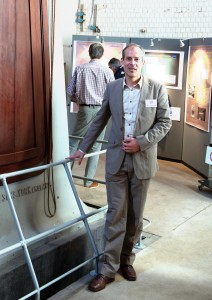 Could you tell us more about you? What is your field of research?

Martin Groenewegen: I am an astronomer with two main fields of research. The first one is using pulsating stars to study the distance scale in the nearby universe. Pulsating stars are stars that periodically swell and shrinks, which affect their brightness. Their period of brightness variation is directly related to their intrinsic luminosity, which astronomers call absolute magnitude. Comparing the stars absolute magnitude to their apparent magnitude at Earth, one can calculate their distance. That is why pulsating stars are widely used to measure the distance of nearby stars and galaxies. My second field of research is the study of stellar winds and the mass-loss process of red giant stars, which are sun-like stars at the end of their lives. In the cool regions close to the giant, dust particles form and are driven outward by the strong radiation from the star. In this way, stars like the Sun lose 40% of their mass at the end of their life and enrich the interstellar medium from which new generations of stars are born. 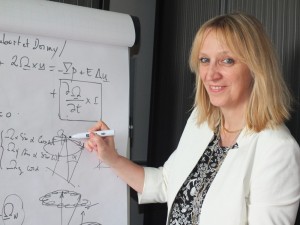 Véronique Dehant: I study the Earth and other terrestrial planets and moons of the Solar System, such as the planet Mars. Me and my team model and study the rotation of those planets: at which rate they turn on themselves, how their rotation speed varies and how their rotation axis direction changes. All of those variations depend on the influence of other celestial bodies and of the interior structure of the planet itself. In fact, planet rotation observations combined with mathematical models can provide us information about their interiors. Like as a raw egg does not turn the same way as a hard-boiled egg, a planet with a liquid core will turn differently than a planet with a solid core. In order to study the planet rotation and interior, we need not only mathematical models, but also space observation tools such as spacecraft, as well as instruments orbiting or placed on the planet’s or moon’s surface. Such instruments are deployed within space missions in which there are many international collaborations.

How did you become a researcher? Why did you choose this path?

M. G.: I was good in mathematics and physics in high school and read books about astronomy. In my last year, I asked my physics teacher if he thought I would be able to study physics. He said, ‘yes’!

V. D.: I have always wanted to learn. I was attracted by the fields of astronomy and geophysics, I was interested in answering scientific questions and I was also very strong in mathematics. I had high marks at the university, so I was proposed to do a PhD and was delighted to accept it and to obtain an F.R.S.-FNRS grant. [Editor’s Note: the F.R.S.-FNRS (Fonds de la Recherche Scientifique) is a Belgian organisation whose purpose is to develop fundamental scientific research in the French Community part of Belgium.]

What are the moment that marked you personally in your research activities? What are, following you, the milestones of your career? 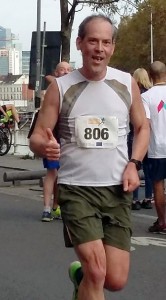 M. G.: I lead the effort to detect the first mid-infrared spectra of Asymptotic Giant Branch stars outside our Galaxy in order to study the silicate dust feature. [Editor’s Note: Asymptotic Giant Branch stars are sun-like stars at the end of their lives, when they become red giant star.] It involved a new collaboration, using a unique instrument, a 4-meter telescope in Australia, and it was published as a ‘Letter’. [Editor’s Note: A ‘Letter’ is a short article describing some important result.] The entire process was gratifying and typical for how astronomy works.

V. D.: Discussing with scientific friends, I discovered that what I did about the Earth could be applied to the planet Mars. From this moment on, my research took that additional direction. Also the development of a space instrument, LaRa (Lander Radioscience) onboard the next ESA/Roscosmos ExoMars mission, was an achievement that marked me. One other milestone event of my career is related to obtaining an ERC grant for doing my own research. [Editor’s Note: The ERC (European Research Council) is an organisation funding that coordinates research initiatives between EU member states.] Last but not least, my nomination at the Academy was (1) a great honour for me and (2) a way to reach interesting discussions in other scientific domains such as technology, sociology, philosophy, art…

What are the new challenges you have to face in the coming years or in a distant future? 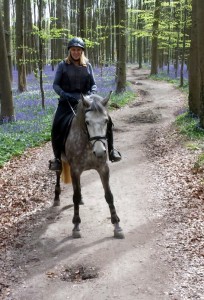 M.G.: Over the past years, there is less and less funding available for fundamental research in Belgium. Three of the Nobel prizes in physics in the past four years were related to astronomy (black holes, extrasolar planets, gravitational waves). These topics have zero impact on our daily lives or society, yet fascinate billions of people around the world. More practically, the launch of the order of 100,000 satellites by Starlink, OneWeb and many other consortia in the next decade will pose a challenge for ground-based astronomy, both amateur and professional, as almost every image one takes will contain satellite trails.

V. D.: My next big challenge is to ‘put’ LaRa on Mars. We still have to wait for at least one year as the launch is planned for September 2022 and the landing for mid-2023. For the next years, I will help in developing a roadmap for this future mission operation in which my team will play a role. There will be other space missions that we are preparing, including the JUICE mission (JUpiter ICy moon Explorer) to the moons of Jupiter (launch planned in 2022). For the Earth’s rotation, the team that I am leading will continue to study it and to model its interior. Finally, I hope that federal institutes such as the Royal Observatory of Belgium will not lose their funding and will continue to be supported in the future. Otherwise, research and services cannot be developed as wished. I think that what we do is important for the scientific community and the society in general.

What do you consider the best or worst aspect of scientific research (in your field)?

M.G.: Astronomy is a small field, with of order tens of thousands professional scientists worldwide. Collaborations are almost always international, and the conferences all over the world are very stimulating. One meets people that share the same interest independent of race, colour, or gender.
Concerning the worst aspect, the eternal competition for money, projects, observing time is part of the job, but it can be frustrating from time to time.

V. D.: Scientific research is a collective work, and, in my field of expertise, it involves worldwide collaboration and permanent exchange, which is very fruitful. Through my work and with exchanges with other researchers, I could reach an understanding of physics and processes related to planet rotation and interior.
I do not see really negative points in research, except maybe the time taken to develop an experiment, a complete model such as the model of a planet core or building a space instrument. That can be frustrating when you really want to get information as soon as possible.

Beside your work, what is most important to you? What are your hobbies?

M.G.: I like reading about history, travelling and sports (running).

V. D.: My family and my friends. I enjoy being with them. As a hobby, I practise horseback riding.

If you have never become a scientist, what do you think you would have become?

M.G.: If my physics teacher had said ‘no’ 38 years ago, I might have studied econometrics, the borderline of economics with modelling and mathematics.

V. D.: A medical doctor. I really love that job as well. It is also solving questions and handling problems to solve with and for the people.

What would you tell to young people who want to choose a scientific career?

M.G.: With a master or doctorate in physics, there are already many possible interesting careers outside the field. If you truly want to pursue an academic career then you need to go ‘all-in’.

V. D.: Go for it. Don’t hesitate. Science needs you. For research, you need to be curious, passionate, intuitive, energetic and hard-working. You don’t have to be a genius, but you do have to be passionate and committed to your work.