Véronique Dehant, scientific researcher of the Royal Observatory of Belgium has been nominated Doctor Honoris Causa of the Paris Observatory on November 13, 2014. 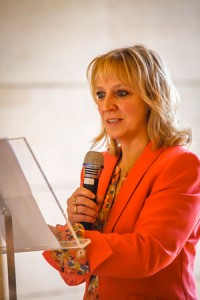 Véronique Dehant works at the Royal Observatory of Belgium, where she is responsible for the Operational Directorate “Reference Systems and Planetary Science”. She is also Extraordinary Professor at the Université Catholique de Louvain.

She is Academician (Royal Academy of Belgium; Science class) since 2010 and was awarded with several prizes, including the Descartes Prize of the European Union in 2003. She has taken several international responsibilities at President level such as President of the Geodesy Section of the American Geophysical Union.