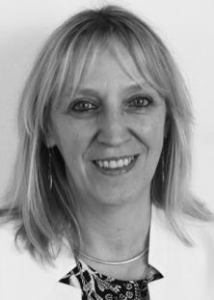 The Académie des sciences of Paris has nominated on 22 March 2016 15 new foreign associate members. Pr. Véronique Dehant, scientist at the Royal Observatory of Belgium, figures amongst them.

Véronique Dehant is responsible for the Operational Directorate “Reference Systems and Planetary Science”. She is also Extraordinary Professor at the Université Catholique de Louvain. She was or is involved as Principal Investigator (PI) or Co-Principal Investigator (Co-PI) or Co-Investigator (Co-I) of several radioscience space experiments aiming at planetary geodesy and at physics of the interior of terrestrial planets. She was awarded with several prizes, including the Descartes Prize of the European Union in 2003, and she is also a member of the Académie royale de Belgique.

The associated members are chosen amongst the most eminent of foreign scientists. The role of these members, as stated in the Académie des sciences of Paris statuses, is to contribute “to the international reputation of the Academy.” Those foreign associate members are moreover “asked to communicate to the Academy the results of their research and, when they are present at Paris, to participate to the achievement of the missions of the Academy.”

The nomination of those members will take place on Tuesday 20 June 2017 at 3 pm. On this day, Véronique Dehant will present her scientific work. The ceremony will be filmed, transmitted live via the social media of Académie des sciences and uploaded in its website on the following days.