Asteroids did not bring oceans to Venus

Asteroids did not bring oceans to Venus


Within an EoS (Excellence of Science) project, Véronique Dehant, researcher at the Royal Observatory of Belgium, participated in a study on the formation and the evolution of the atmosphere of Venus under the influence of asteroid impacts. This study, published in the journal Nature Geoscience, concluded that the asteroids that contributed to the end of the accretion of Venus, and by extension of the Earth, contained too little water to make possible the existence of oceans.

Some scientists consider asteroids to be a source of water for the terrestrial planets of our solar system. To verify this hypothesis, a team of researchers led by Cédric Gillmann carried out numerical simulations of impacts on the planet Venus just after its formation.

By simulating impacts of different types of asteroids, the team discovered that collision and vaporization of water-rich asteroids is incompatible with the low water content of Venus’ current atmosphere. This means that the material brought by the asteroids to Venus, and thus to Earth must have been practically dry. Since water is obviously present on Earth today, it must have been present in large quantities since its formation, probably buried deep below the surface.

The atmospheric evolution of planets and their coupling with the planet interior belong to the specialties of the Royal Observatory of Belgium. Its expertise has been highlighted within the Planet TOPERS Interuniversity Attraction Pole, coordinated by the Observatory from 2012 to 2017. The EoS ET-HoME project (“Evolution and Tracers of the Habitability of Mars and Earth”), coordinated by the Université libre de Bruxelles (ULB), is the continuity of this project. Three authors of the article, Cédric Gillmann (ULB), Véronique Dehant (Royal Observatory of Belgium/UCLouvain) and Vinciane Debaille (ULB) are members of ET-HoME. 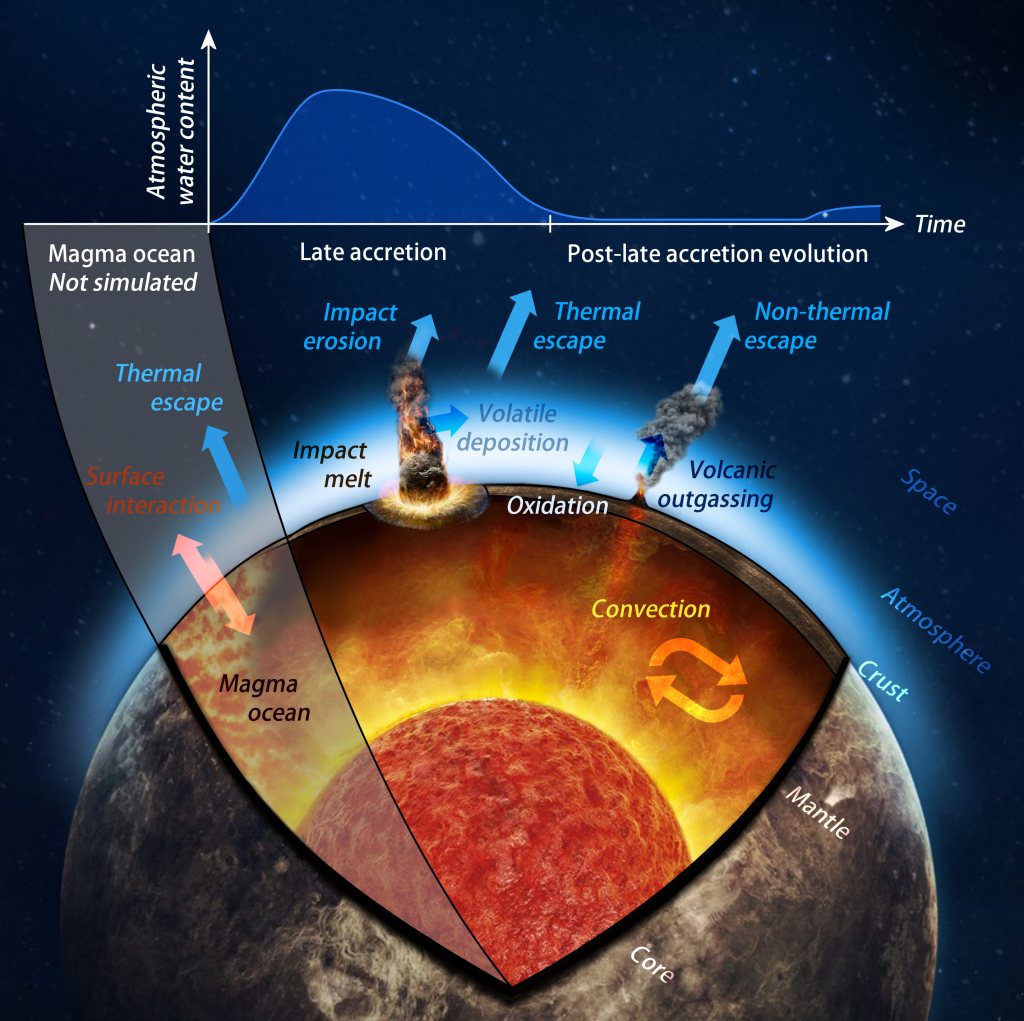