Official opening of the Climate Centre

Official opening of the Climate Centre


On 29 November 2022 at 10:00., Secretary of State Thomas Dermine, Scientific Director Valérie Trouet and Operational Director Ella Jamsin officially opened the Climate Centre at the Space Pole in Uccle. Belgian and international scientific, industrial, academic, federal and political representatives attended this event. Bertrand Piccard, who flew around the world with the solar plane Solar Impulse, was the special guest.

The current climate change poses many challenges to society. The latest IPCC reports indicate that global warming will increase by 2050 under any scenario unless significant reductions in greenhouse gas emissions are made in the coming decades. More than ever, we need to understand this change in all its aspects and put in place solutions to deal with it.
The Climate Centre was created at the instigation of the State Secretary for Federal Science Policy, Thomas Dermine. This centre brings together and coordinates the climate research of the Federal Scientific Institutes (Royal Meteorological Institute, Royal Belgian Institute for Space Aeronomy, Royal Observatory of Belgium, Royal Belgian Institute of Natural Sciences, Royal Museum for Central Africa and Sciensano). It aims to strengthen their collaboration with other research centres and universities and to focus more on the needs of economic and political actors (adaptation measures, mitigation strategies, etc.).

‘Belgium has world-class research centres and knowledge institutions working on climate. By joining forces, we can create the largest climate research centre in Europe here,’ says State Secretary Thomas Dermine. ‘By organising structural cooperation between the various partners and the coordination of the Climate Centre, we want to take Belgian climate research to a higher level. In addition, the Climate Centre should make policy decisions more evidence-based.’

An annual budget of two million euros is planned for the operation of the Centre. In addition to the Scientific Director and the Operational Director, the Climate Centre also plans to hire around ten employees. 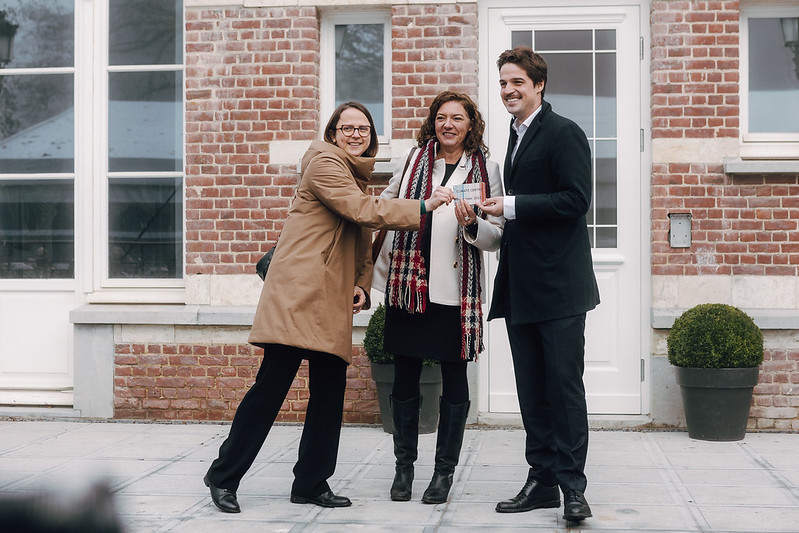 To mark the opening of the Climate Centre, a work of art, exhibited on the Avenue Circulaire, was unveiled to the public. Created by the Wall Street Colors collective, the work depicts human silhouettes covered in patterns ranging from microscopic views of bacteria to heat waves seen from the sky, evoking the link between all scales of our ecosystem and the central role played by Humankind and Nature. 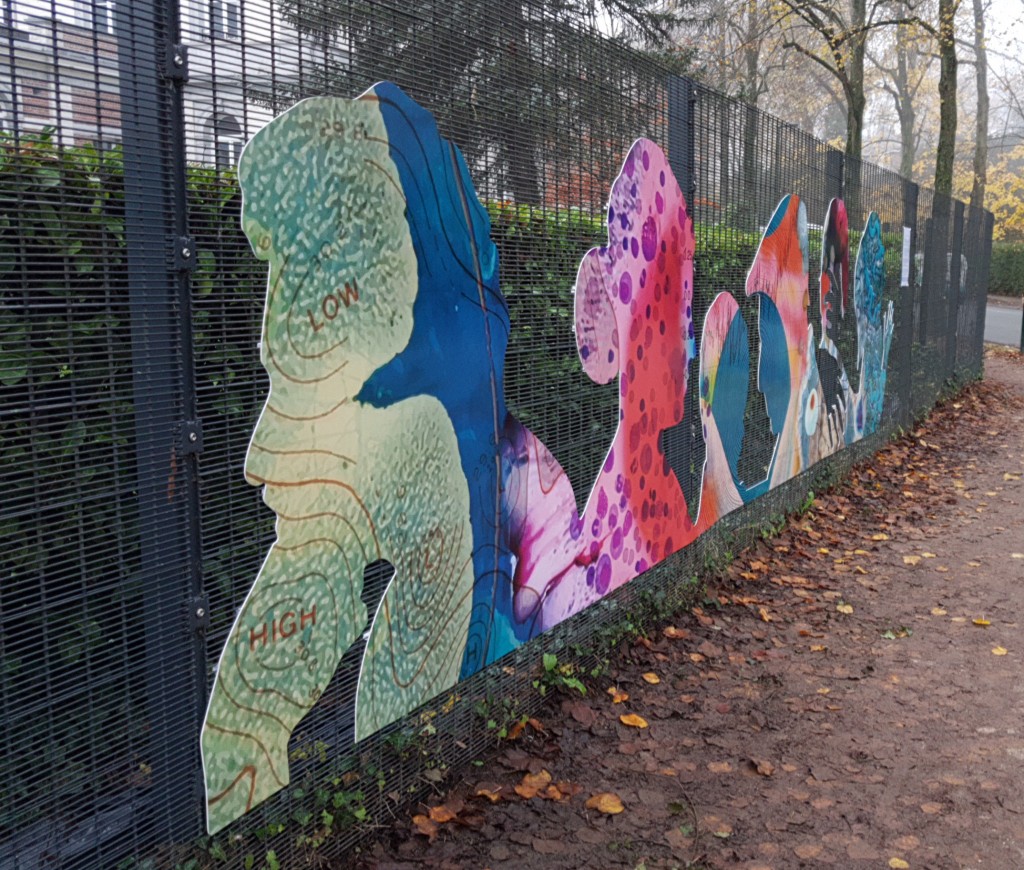 Climate research at the Royal Observatory of Belgium

A significant part of the research of the Royal Observatory of Belgium (ROB) is related to climate: measurements of the effects of water masses on gravity and ground deformations, observation of atmospheric water vapour with GNSS satellites, study of seismic noise related to storms, seismic studies for geothermal energy and the study of the influence of the Sun on climate. 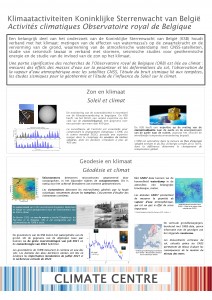 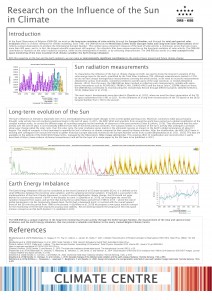