In 2022, 99 earthquakes and 40 induced earthquakes were located by the Royal Observatory of Belgium in or near Belgium. 4 events were felt by the population on Belgian territory.

In 2022, 99 natural earthquakes occurred in a zone between 1° and 8°E longitude and 49° and 52°N latitude (Figure 1). During the same period, the Royal Observatory of Belgium (ORB-KSB) also measured 40 induced events, 469 quarry blasts and at least 14 explosions offshore linked to controlled explosions of WW1 and WW2 bombs by the Belgian, Dutch or French Armies. The 2022 ORB-KSB catalog is complete for natural earthquakes with a magnitude ML larger than 1.0. Events with magnitudes lower than 1.0 were routinely detected where the Belgian seismic network is denser. The 2022 ORB-KSB catalogue also contains a selection of quarry blasts, earthquakes induced by human activities, e.g. linked to (rock) mass removal in quarries or geothermal exploitation, a sonic boom and a public outreach event.

17 natural earthquakes and at least 38 induced earthquakes occurred on the Belgian territory. The largest earthquake was the induced event on 16 November 2022 in Dessel, which local magnitude ML was 2.1. This earthquake was related to geothermal activities and was felt by the population in the neighbouring communes of Dessel, Mol and Retie, who spontaneously answered the online Seismologie.be “Did You Feel It?” questionnaire. Three other events in Ittre, Waimes and Dessel were weakly felt in Belgium in 2022.

In comparison, last year, in 2021, 257 earthquakes occurred in and around Belgium. This larger number of events was related to a seismic swarm that occurred close to the German town of Rott, north-east of Eupen. The largest earthquakes recorded on the Belgian territory in 2021 occurred on 20 June 2021 in Dampremy near Charleroi and 28 August 2021 in Baelen near Eupen. Both events had a local magnitude of 1.7 and were not felt by the local population. 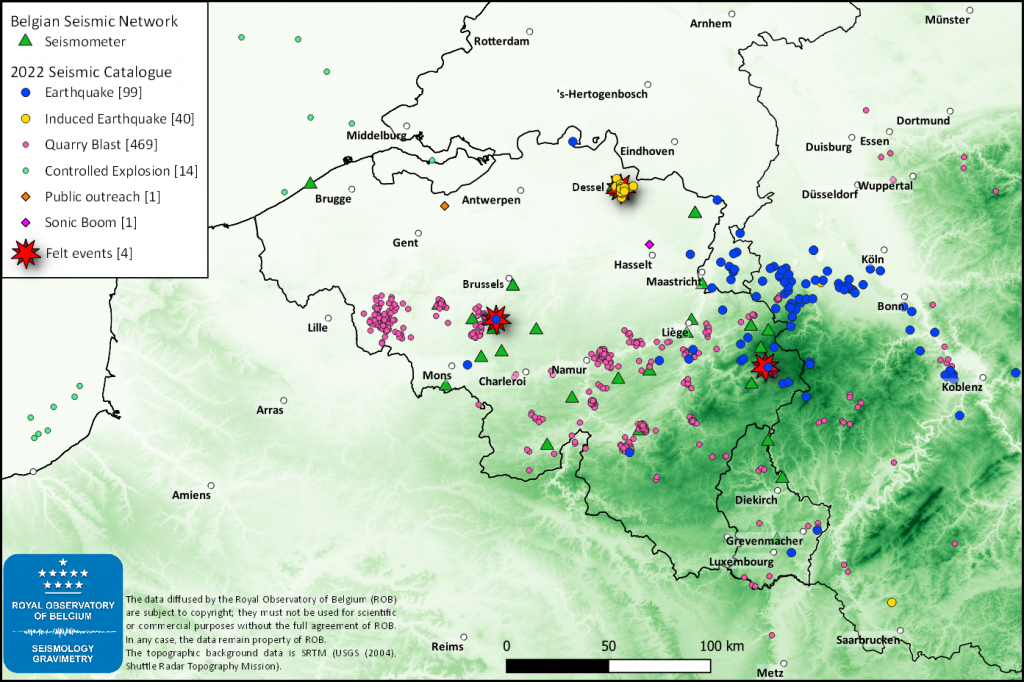 Figure 1: Events recorded in 2022 by the Belgian Seismic Network of the Royal Observatory of Belgium